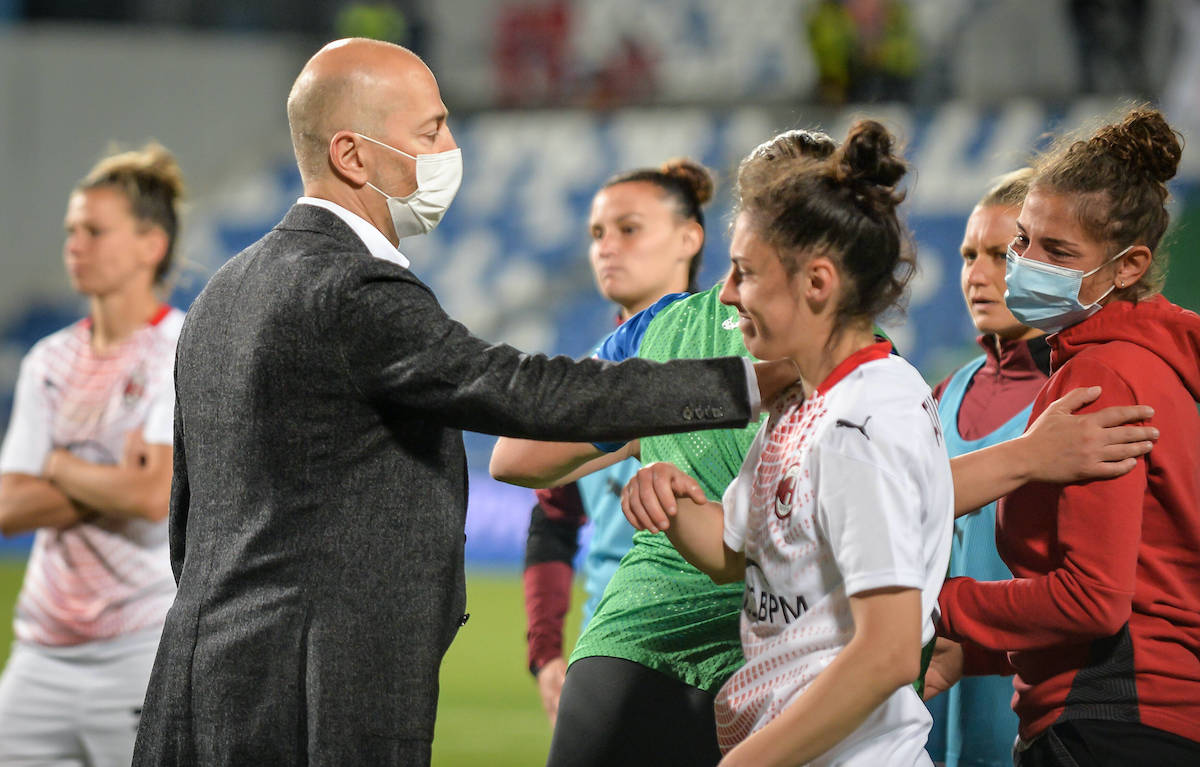 Gazidis salutes AC Milan Women: “I wanted to take the time out to express how proud I am of our girls”

AC Milan CEO Ivan Gazidis offered his support for the AC Milan Women after their loss in the Coppa Italia final on Sunday. The team were beaten 3-1 on penalties by Giallorosse after a goalless first 120 minutes.

Here’s his statement on the matter, courtesy of MilanNews:

“Hello everyone, I am writing to you after attending the Coppa Italia Femminile final yesterday evening in Reggio Emilia. Although the result was not what I wanted, I wanted to take the time out to express how proud I am of our girls. Their performance was superb, as they never gave up, and they played with great determination and character until the end and were only defeated in the lottery of a penalty shootout.

“Their commitment to the club is a lesson for everyone, as they are a team that has shown what it means to be a Milan player and to be a Rossonere.

“We should also take [the women as] an example for their indomitable character as they push the club towards new growth for the years to come. They give their all for each other and for the club to be able and they are helping Milan to go back to where it deserves to be, step by step, at the top of the world of football.

“Thanks to all our athletes, to Mister Ganz, and all the other staff for this incredible season, and we are looking forward to the next one: because with this spirit, there are no limits to our ambitions. With great pride, for all of us, for our Club.”

Gazidis is said to be supporting the women in other ways as well. According to Tutto Calcio Femminile, the CEO reportedly wants the squad to be strengthened and has given Elisabet Spina the green light to bring in major reinforcements.

Spina is the director of the AC Milan Women and is the one in charge of the team’s signings. Milan are also said to finally be investing in the youth sector for the girls as well, and the investment may come as early as this summer.

This means that we might get an answer to the question of why the Rossonere has no Primavera squad. If the rumours are true, then it means the team might finally be serious about youth development for the girls. To date, Milan is still the only one of Italy’s ‘Big Four’ that does not field a team in the Primavera Femminile championship.

That might just change in the near future. More will be posted about this, and Milan’s transfer market, within the upcoming days.