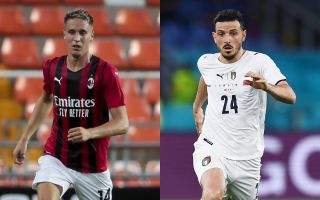 Jacobone: Agent attempted to include Milan outcast in Florenzi negotiations

Milan are closing in on the signing of Alessandro Florenzi from Roma, having reached an agreement with the player. In the negotiations, there have been some suggestions to get the deal over the line.

One of them, as reported by Alessandro Jacobone, was to include Andrea Conti in the operation. The right-back is expected to leave Milan this summer and he was left out of the squad for today’s friendly against Panathinaikos.

His agent, Mario Giuffredi, came up with the idea of including Conti in the operation that should see Florenzi join Milan. However, this suggestion didn’t attract the interest of Roma, who don’t have any use of the former Atalanta man.

The feeling is that an agreement will be reached between Milan and Roma quite soon, perhaps on the basis of a loan with an option to buy that could turn into an obligation. But the coming days will provide us with more information on that.