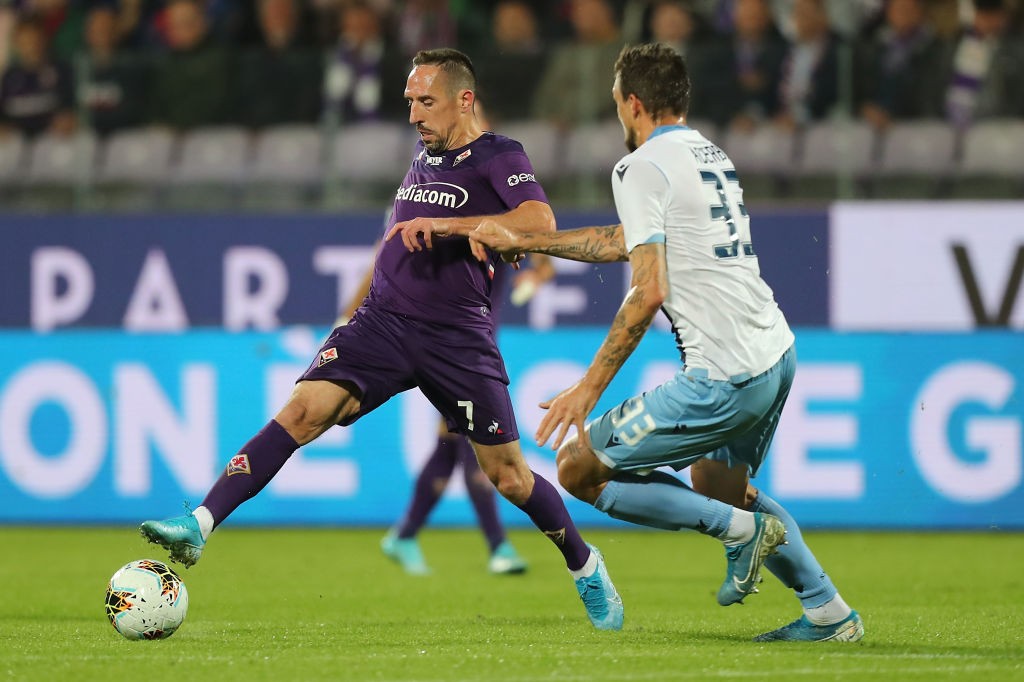 Journalist Pierluigi Pardo believes that AC Milan are missing a player like Fiorentina winger Franck Ribery at the moment.

The Frenchman joined La Viola on a free transfer this summer and has been a revelation thus far, amassing a combined four goals and assists in nine appearances and forming a dangerous partnership with Federico Chiesa.

Former Torino player and current pundit Massimo Brambiti recently criticised the Rossoneri for sacking Gennaro Gattuso, but made the interesting revelation that Rino wanted to bring Ribery to San Siro.

However in the end he moved to Florence, and it came back to haunt Milan as Ribery netted for Vincenzo Montella’s side as they ran out 3-1 winners at the end of September.

Pierluigi Pardo spoke to TMW about Ribery’s impact at Fiorentina, revealing his belief that Milan will be regretting not signing him.

“Ribery was wrong [for shoving a linesman] but apologised after Lazio, he proved to be a leader and he was also yesterday in Reggio Emilia,” he said (via MilanNews.it).

“He has had a fundamental impact, Milan would love someone like him. He would give confidence and courage to others.”