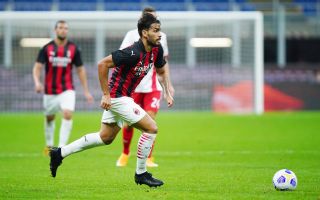 The future of Lucas Paqueta is yet to be decided, having failed to impress the Milan management this past season. In fact, the Brazilian has even lacked suitors, but it seems a club have shown their interest after all.

As reported by Carlo Pellegati on his Youtube channel, cited by MilanNews.it, Lyon are ‘very interested’ in the midfielder. Their sporting director, Juninho, is also Brazilian and is a big fan of the former Flamengo man.

He also considers Paqueta as the ideal replacement for a player who is about to be sold, namely Jeff Reine-Adelaide. The money obtained from the sale of him, and potentially also Memphis Depay, could be used to land the 23-year-old.

The cost of the operation would be between €20-25m, as the journalist continues, which Milan then could use to make investments on the transfer market. However, it would be a capital loss for the Rossoneri.