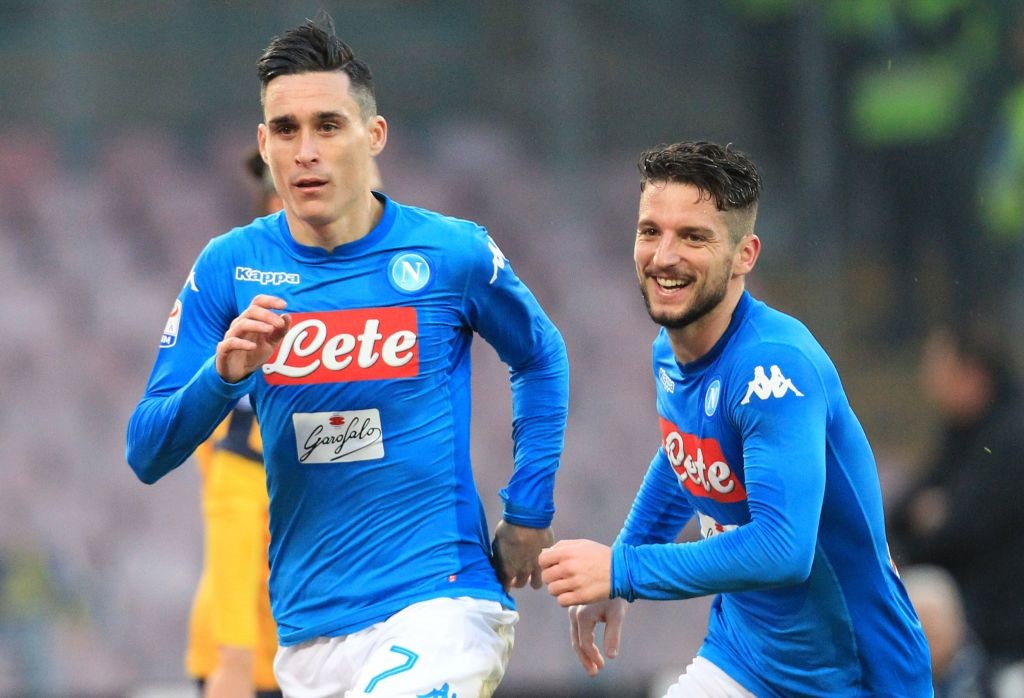 AC Milan could make attempts to sign two Napoli stars in the coming months, according to one journalist.

Given the Rossoneri’s mixed start to the season under head coach Marco Giampaolo, speculation has started surrounding possible reinforcements in January.

Links with a number of players have emerged in recent days, including the likes of Serge Aurier, Santiago Arias, Jan Vertonghen, Everton Soares, Donyell Malen and Sandro Tonali.

Now though, two new names have emerged in Dries Mertens and Jose Callejon, both currently of Napoli but with uncertain futures.

“Mertens ? The interest is increasing around him. January is approaching and the moment is also about being able to sign with another club,” Venerato said, as per Calciomercato.com.

“Napoli are working to avoid this. The offer is on the table for Mertens is two years at €4m-a-year. Now he just has to decide.

“Some intermediaries and international clubs have shown interest. Even Hamsik would want him in China. Manchester United, PSG, Milan and Roma are also trying.

“Callejon? Stalemate. His agent is talking to Spanish clubs, but even then there is a will to keep him. He has the body of a 24 year old, metabolism has always helped him.

“He too is an opportunity not to be missed on a free transfer. Milan wants him, there is his friend Reina who could convince him.”

Although 32, Mertens is still in prime form for Napoli having scored three goals in three Serie A games this season, making it 65 goals in 111 appearances since the start of the 2016-17 season.

Callejon has also been a big part of the club’s recent success, netting 28 goals and 34 assists in 113 games across the same period as his Belgian team-mate.