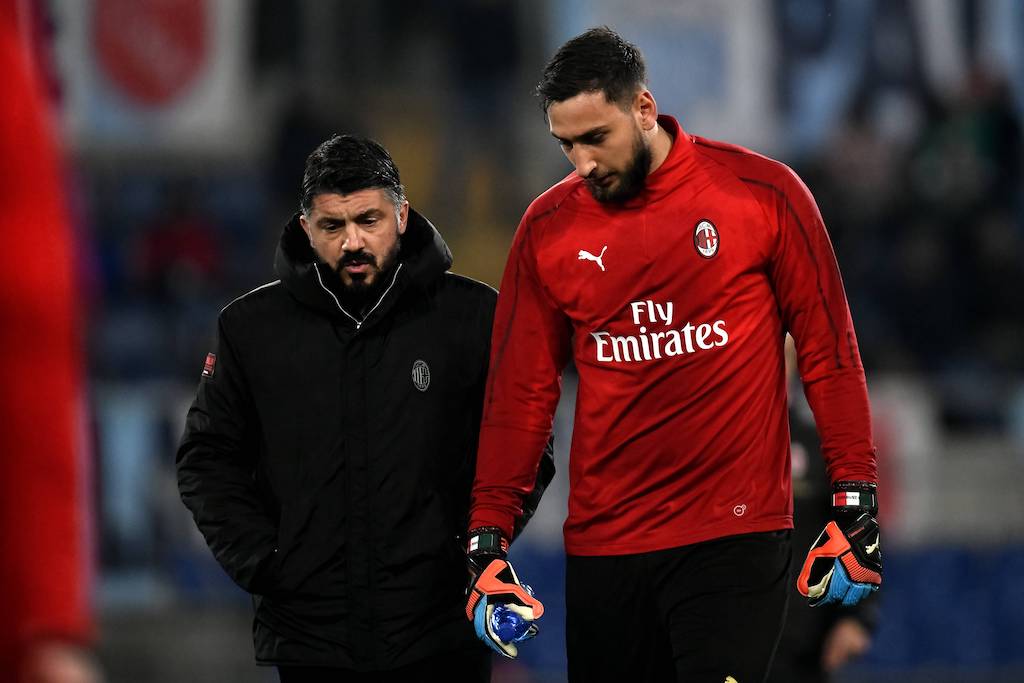 Some of the current AC Milan squad are still unhappy that Gennaro Gattuso left his role as the club’s head coach last year, a journalist has claimed.

Many have questioned the Rossoneri’s decision to sack Gattuso, replacing him with Marco Giampaolo who lasted just two months on the bench. Yesterday’s result, of course, didn’t exactly help Paolo Maldini and his colleagues in terms of defending their choice.

Gattuso was just one point short of Champions League qualification when he managed Milan back in the 2018/19 season. However, he was often criticised for the way his team played and wasn’t considered a long-term solution, instead leaving his role at the end of last season.

Since then he has ended up at Napoli where he took over from his old boss in Carlo Ancelotti, and the Partenopei have had a big upturn in form since his arrival.

Speaking to the microphones of Tutti Convocato, journalist Luca Serafini spoke about Gattuso and his Milan legacy.

“I often speak with Donnarumma, I’m sure today there are players who regret Gattuso and who are uneasy about Pioli’s already marked future. Rino invented Piatek and Paquetà as new AC Milan leaders,” he said (via MilanNews).