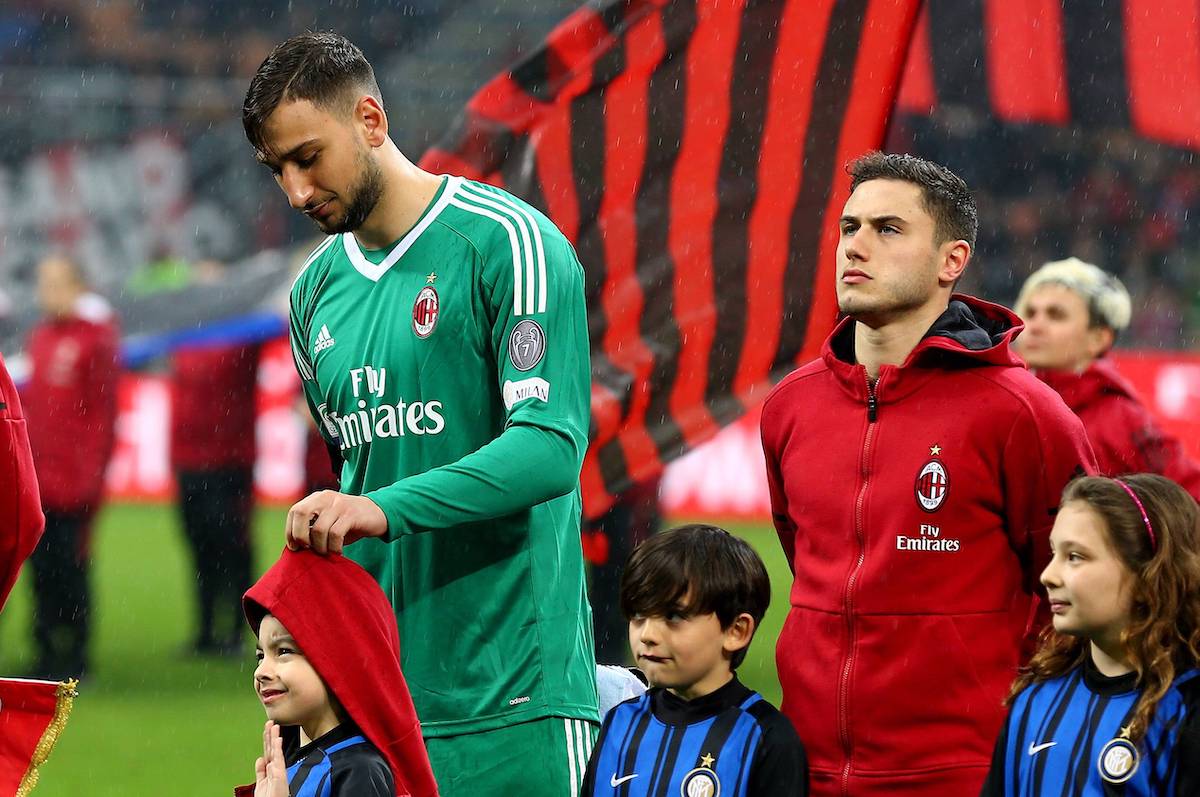 Journalist Franco Ordine has put forward the idea of a new captain for AC Milan and backed the club’s stance regarding the Gianluigi Donnarumma situation.

There appears to be some doubts about who will wear the captain’s armband heading into the 2021-22 season as the current captain Alessio Romagnoli has an uncertain future while the vice-captain Donnarumma is all but certain to leave the club in the coming weeks.

Ordine spoke during a column for MilanNews and once again stressed his belief that if Milan do turn to a new captain it should be a player who knows the club well and embodies the mentality of what it means to be Rossonero.

“It’s an old workhorse of mine. I believe and think that it should be re-proposed now, in the hours following the divorce from Donnarumma. Davide Calabria deserves to become, with the renewed contract, the next AC Milan captain,” he begins.

“There can be a hundred reasons, I only point out two: 1) because it is a precious product of the Rossoneri academy, a sector which should be given a great boost in the coming months; 2) because he has shown in the most complicated days of the season to embody ‘Milanismo’ to perfection. I know perfectly well that this choice is up to Maldini and Pioli but I am not very far from the truth if I imagine that they too would agree with my report.”

Ordine then went on to speak about the situation that has led to Donnarumma leaving the club after nine years. The impasse between Milan and Raiola was ultimately too great, meaning the Rossoneri academy product will move on to new pastures.

“For the last time I answer to the pundits of the web who give economics lessons on the Donnarumma case by addressing the following objections: 1) Milan have lost a player for free with whom to make added value; 2) economically the club loses a fortune.

“First reply: in previous years, on Donnarumma, no club came forward to offer to buy Gigio. Not one. Raiola, who had in mind the 20 million commission transaction, would never have allowed a sale one year before the natural expiration date of his contract. Is the concept clear? It is not very difficult to understand!

“Second reply: if Raiola had accepted Maldini’s proposal (8 million net a year for 5 years plus the 20 million commission to the agent), the club would have met an investment of 100 million. With the purchase of Maignan, Milan has committed the expenditure of 40 million for 5 years. Who has made capital gains?”