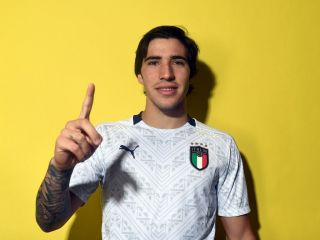 AC Milan’s strategy for the summer is clear: a youth revolution is on the cards. With Ralf Rangnick in pole position to replace Stefano Pioli, the Rossoneri will be looking to adopt an RB Leipzig-style model for the future.

In recent days, Sandro Tonali has been named as a perfect candidate for the project, ready to reinforce the midfield. According to Gianluca Di Marzio (via MilanLive), Milan have started talks with the player’s entourage, but Inter and Juve are also interested.

Speaking to MilanNews.it earlier today, SportMediaset’s Claudio Raimondi was asked about the situation. Despite the fierce competition, he made it clear that Milan shouldn’t be ruled out of the race.

“There is strong competition from Inter and Juve on the Brescia midfielder, but the key point is another: what does Tonali want? The Euros 2021 is surely a goal of his, Inter and Juve have great midfielders and would hardly rely on such a young profile.

“Milan, focusing on young players with a manager like Rangnick, can offer Tonali the role as a true protagonist and subsequently give him the best chance of reaching the Euros. This is their advantage,” he stated.

It remains to be seen if the Rossoneri will accelerate the negotiations, although everything has been blocked by the Coronavirus for now. Either way, it has become clear that Tonali is on their wish list for the summer.