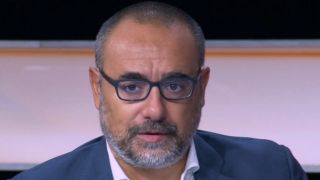 At the beginning of the summer, AC Milan parted ways with Gigio Donnarumma as the goalkeeper decided not to renew his contract. It was a big blow for the Rossoneri but ultimately, they made the right decision.

The youngster and his agent, Mino Raiola, was asking for a very high amount to sign a new contract and Milan didn’t agree to that. A lot of fans were upset by this stance, while others acknowledged that the Rossoneri were simply following their policies.

In an interview with Gianluca Di Marzio, as cited by MilanNews, Il Sole 24 Ore journalist Marco Bellinazzo spoke about Donnarumma’s exit, among other things. He explained why it was ‘obligatory and necessary’ for Milan.

“In the case of Donnarumma, it was an obligatory and necessary choice with respect to the coherence of a project. Also because Milan were able to secure a replacement like Maignan in time without spending prohibitive amounts,” he stated.

Mike Maignan has started his adventure well with the Rossoneri, conceding just one goal in the first two games. He has also made some very advanced saves already, proving that he can replace Donnarumma.