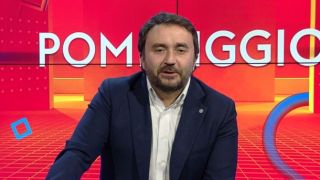 AC Milan were knocked out of the Champions League earlier this week as they failed to beat Liverpool at home. It perhaps wasn’t what they had hoped, but it could help them this season.

By participating in the competition for the first time in seven years, Milan have obviously gained a lot of experience and for these young players, that is only positive. Furthermore, the exit could actually benefit the Rossoneri this season.

They are currently first in the Serie A standings and with the Scudetto race being so tight, they need to be on top every game. Featuring in the Champions League as well, therefore, could be have been draining for an already injury-troubled side.

Speaking live on Sky Italia, as cited by MilanNews, journalist Riccardo Gentile shared his thoughts on Milan’s exit and why it will help them this season. He echoed the thoughts of many fans in the last few days.

“Milan have a nice advantage in the league with the exit from the Champions League, even if they had built a deep squad to compete in three competitions. The rhythms of this season, however, has resulted in the infirmary being full.

“Milan, against Udinese, will not have Rebic, Leao and Giroud but will have Ibrahimovic at the centre of the attack, not all Serie A teams can afford these changes,” he stated.

READ MORE: Milan must ride out the storm ahead of Christmas – nine crucial points