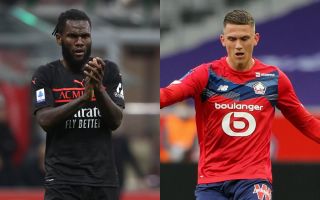 AC Milan are looking for a centre-back on the transfer market as a result of Simon Kjaer’s injury, which will keep him out for the rest of the season. In addition to that, the Franck Kessie renewal is yet to be sorted.

In short, it could be an eventful January window for the Rossoneri as they want to compete for the Scudetto this season. The injuries have troubled them enough this season and now reinforcements are needed.

According to journalist Enzo Bucchioni, in his latest editorial for TuttoMercatoWeb, Milan could sell Kessie in January as the renewal remains complicated. However, it would require an offer in the region of €25-30m.

They could then use that money to finance a centre-back signing, with Sven Botman of Lille on their radar. It’s also possible that they could turn to Chelsea again, having signed Fikayo Tomori from them in January this year.