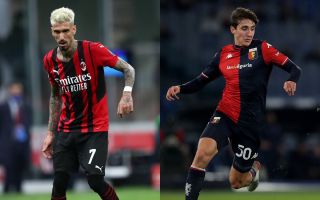 Samu Castillejo hasn’t played a lot this season and could look to move on in January, clearly far down in the pecking order. Genoa have expressed interest in the Spaniard and a swap deal could be on the cards.

According to Enzo Bucchioni in his latest editorial for Tuttomercatoweb, Milan are willing to let go of Castillejo in January. As said, the player is probably more inclined to leave now than at the start of the season, now sure that he won’t get loads of playing time.

Milan have set their sights on Genoa youngster Andrea Cambiaso and work is underway to set up an exchange, per the journalist. The left-back is just 21-years-old and is believed to have a very bright future ahead.

It remains to be seen what the terms of the swap would be, but it’s probably not impossible that it could be a straight one between the clubs.

READ MORE: Gazidis confirms addition of 21 sponsors over the last year as he highlights Milan’s brand