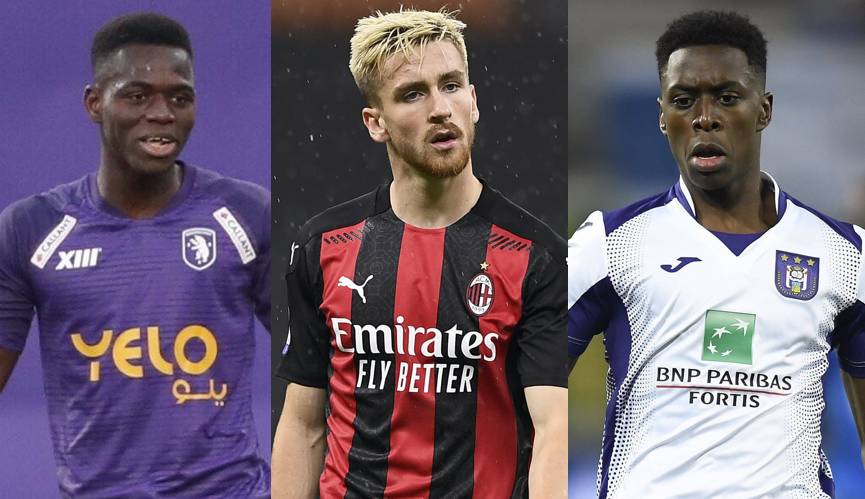 Anderlecht have been left surprised by the development of Alexis Saelemaekers, a journalist has claimed, and Milan are once again looking at the Belgian market.

When the 21-year-old on loan from Anderlecht with an option to buy a year ago, not many expected him to become such an integral part of Stefano Pioli’s team, but he has fully justified the €7m invested so far.

Belgian journalist Christophe Franken spoke to MilanNews about the explosion of Saelemaekers and also about some of the other players the Rossoneri have been linked with from that league.

Did you expect such an explosion from the Belgian?

“We knew that Alexis had potential and had shown great things at Anderlecht, but not to the point of being able to play a starter for Milan. Before leaving Anderlecht he was on the bench because the manager preferred other players,” he said.

“But when you know Alexis, you know he has the clemency of a warrior. That’s why he quickly became friends with Zlatan in the locker room. Ibrahimovic likes to see a young player who has the same mentality as he does, which is not often the case with young players now.”

Besides Milan, were there other teams interested in Saelemaekers?

“Several clubs were interested, including Reims in France. Several clubs also in Germany. But each time they were less prestigious clubs than Milan. When Milan showed up it was easy to say yes.”

Saelemaekers received his first international call-up. What does Roberto Martinez, the head coach, think of the winger?

“Martinez plays with 3-4-3 and the role of the wings is very important in his game system. So he likes a player like Saelemaekers, especially because he can play on both sides. Meunier, Castagne, Thorgan Hazard and Carrasco precede him in the hierarchy, but he knows that with a good season in Milan he could be present in the 23-man squad for the European Championships.”

Calciomercato.com reported yesterday that the Rossoneri could look to Anderlecht once again for their next midfield reinforcement one year after the surprise signing of Saelemaekers.

They claim that directors Paolo Maldini and Ricky Massara are following Albert Sambi Lokonga, a 21-year-old central midfielder who has been compared to Sergio Busquets, with Saelemaekers having personally recommended him to Stefano Pioli.

“Sambi Lokonga is Saelemaekers’ best friend in football. They have known each other for a long time and go to church together. Lokonga has been Anderlecht’s best player this season and is followed by several clubs, including Milan.

“Lokonga is captain of Anderlecht and the management wants to sell him next summer for a lot of money. Almost €30million, could Milan pay that much money?”

HLN in Belgium reported today how the strong performances of Ismaila Coulibaly – on loan from Sheffield United for three years to sister club Beerschot – has attracted the interest of a number of clubs, one of whom is Milan.

On him, Franken added: “Coulibaly of Beerschot is a revelation in Belgium but he is still immature. He has a lot of talent but he is not ready to play at Milan or in the Premier League yet.”