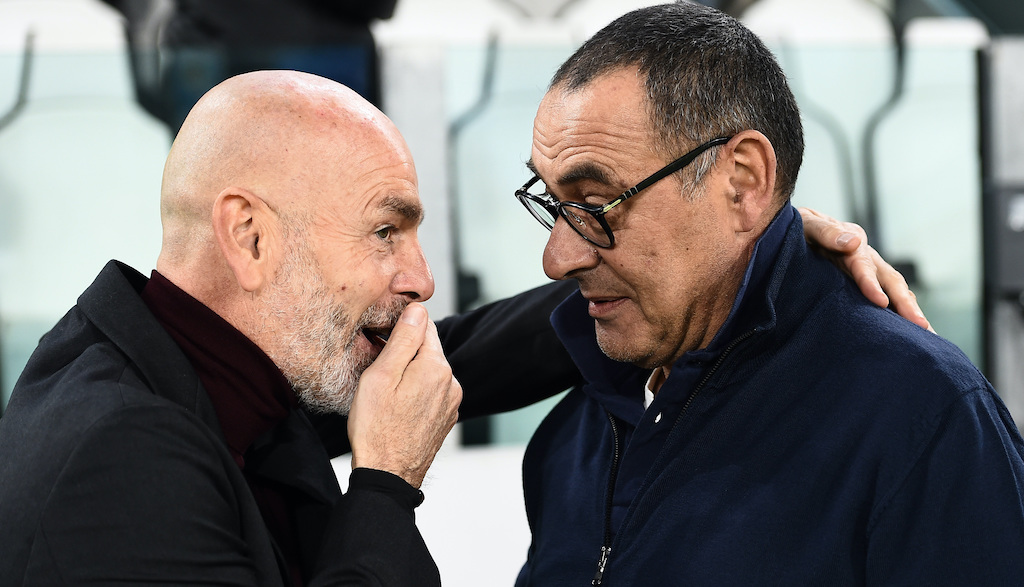 Journalists claim Juventus may sack Sarri even with league win; Pioli ‘No.1 candidate’ to take over

Maurizio Sarri could be sacked by Juventus even if he wins the Serie A title this season due to a lack of satisfaction with performances, it is claimed.

According to Giancarlo Padovan of Sky Italia (via Calciomercato.it), Sarri could be sacked even if he were to guide Juventus to their ninth league win in a row, as recent results and performances have done little to quash the doubts that had arisen before the break.

The Bianconeri stumbling to the title may not be enough as they have not been their usual dominant selves, something seen in recent games against Milan (lost 4-2) and Atalanta (drew 2-2 with a last minute penalty).

Padovan provides a background by adding that Paratici and Nedved wanted Antonio Conte instead of Sarri, but President Agnelli’ vetoed the idea of his return. Then they wanted Guardiola and it was a compromise in the end as Sarri arrived from Chelsea.

Carolina Morace was also present in the Sky studios, and said that Stefano Pioli is the ‘best possible substitute’ when looking at the potential successor to Sarri, stating: “He is absolutely the number one candidate for me.”