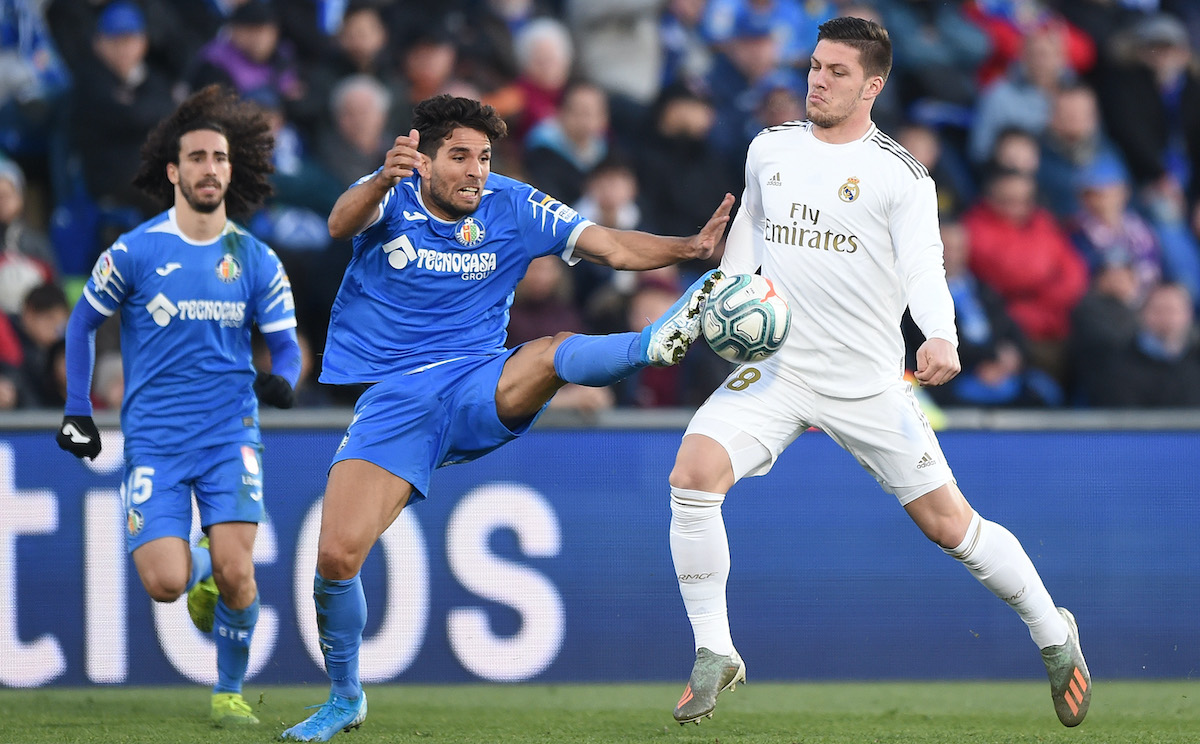 Real Madrid striker Luka Jovic has his eye on a move to AC Milan as he is becoming frustrated with his lack of opportunities, a report claims.

Jovic has only played 106 minutes this season with Real Madrid, and according to El Nacional he now considers his time with Los Blancos to be over for the time being. He has piqued the interest of several European clubs, including the two teams in Milan, who have contacted the agent of Jovic to get some information.

Jovic is also attracting some interest from Germany, but the striker wants to try in another league and Serie A appears to him. He would prefer to join the Rossoneri too over their city rivals as he apparently deems them to be a club that has a more exciting project than an Inter, who are in crisis financially.

The Serbian striker believes that Milan would be the ideal destination to launch himself again in view of the 2022 World Cup in Qatar. The obstacle is that Real Madrid wants to recover part of the €63m they paid Eintracht Frankfurt to sign him but Milan do not want to offer more than €20m.

Real Madrid are considering adding the return of Brahim Diaz from his loan as part of the operation, given the playmaker is a player that Ancelotti wants back.