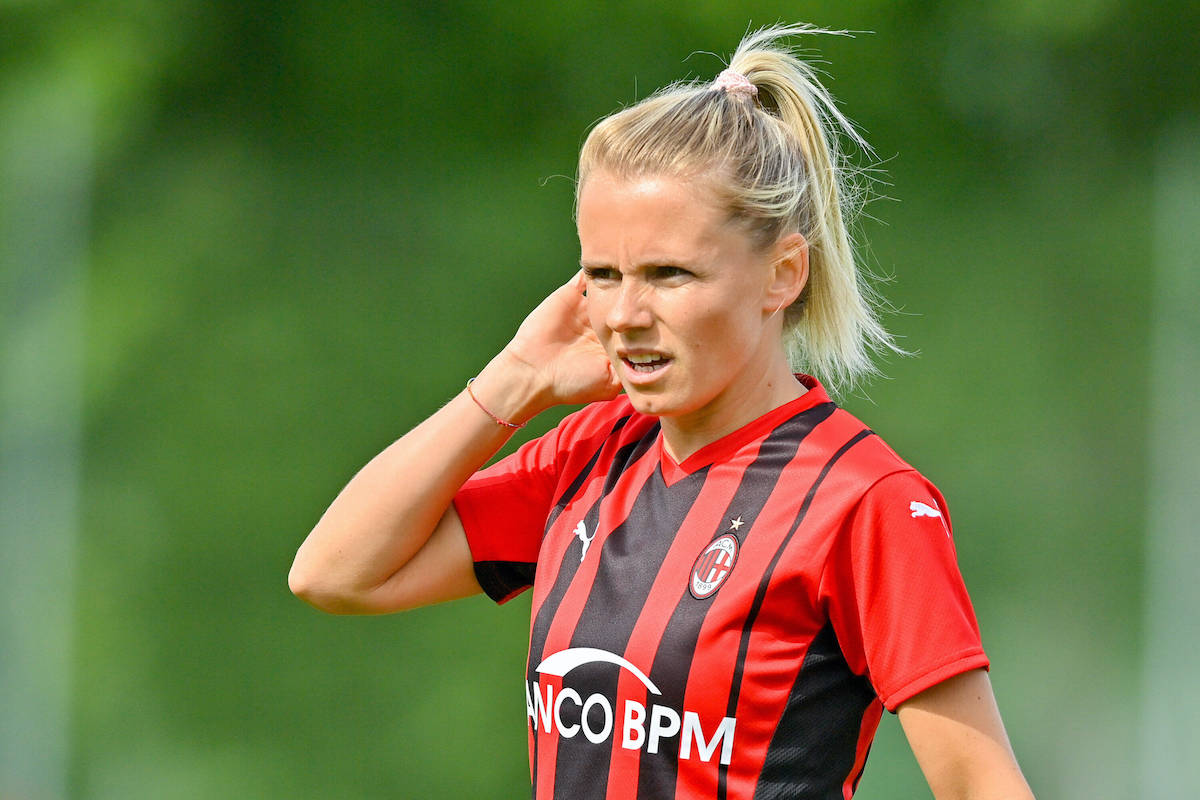 Earlier today, Julia Šimić announced that she has officially retired from football. Her career will come to an end and she will no longer play for the AC Milan Women.

The midfielder has left the team, thus leaving a vacancy in their midfield. Šimić has played a total of five games for Milan. She’s played four in the league and one in the Coppa Italia against Orobica.

When Julia first signed for Milan, there were great expectations for her, as she was one of the most anticipated signings of the summer. Unfortunately, the midfielder has been plagued by a reoccurring knee injury that kept her sidelined for most of the season.

Šimić has had a long and storied career and she has won trophies in Germany with Bayern Munich, FFC Turbine Potsdam, and VFL Wolfsburg. She has also won the FA Cup with West Ham and the UEFA Under-19 Championship with Germany.

The sun has now set on her storied career, and a new and exciting chapter awaits her.

Yesterday, was not my last game for AC Milan, but it was the last game of my Football Career.

I have experienced the GREATEST MEMORIES which I will never forget.

Tomorrow, I will wake up with a smile towards a new chapter in my LIFE!!! pic.twitter.com/4ogNgVHqDM