AC Milan’s last signing of the summer in Junior Messias was the most eagerly-awaited one in the sense that a forward had finally arrived after a long and drawn out pursuit.

Gianluca Di Marzio (via MilanNews) stated that the figures of the deal are as follows: Milan will pay Crotone €2.6m for the loan of the Brazilian, with an option to buy set at €5.4m and an additional €1m in bonuses.

Messias arrives as somewhat of an unknown quantity despite his exploits in Serie A last season, so we have taken a look at what we can expect…

Messias’ back story is now common knowledge among Milan fans, thanks to the club doing an excellent job with their unveiling videos. For somebody who came to Italy with his family seeking financial security to working as a delivery boy to achieving his dream of playing for Milan, he is quite a fairytale story.

The Italian rules for registering non-EU players in lower divisions of Italy (Serie B, Serie C and Serie D) is quite bizare. Serie B and third-tier teams are not allowed to register non-EU players and they are only allowed to sign professional contracts when they win the fourth division with their team.

Junior Messias played with Gozzano in Serie D and won the division which prompted Crotone – who were then in Serie B – to offer him a professional contract.

At 179 cm tall, Junior Messias has a very stocky build and is mostly left footed. Messias can be considered more of a ball-carrier and a dribbler rather than a passer.

Playing as a Mezzala or a support striker in a 3-5-2 system, Messias has more attacking instinct than defensive instinct and likes to occupy the wide areas or the right half space and look to lead counter-attacks.

The Brazilian prefers to dribble with his left foot taking a lot of soft outside touches with his feet. This allows him to keep close control of the ball and not concede possession. He is an excellent dribbler and this makes him an extremely tricky customer in terms of 1v1’s.

While not being an explosive player in terms of pace, Messias has an excellent ability to accelerate with the ball at his feet making him more difficult to dispossess.

He always makes himself available to team-mates whenever they are being pressed. He keeps his passing short unless there is an opportunity to switch play, and his deft touches make it easier to play flick-ons, catching opponents out by surprise.

However, the 30-year-old is not one footed and can play with both his left and right foot, while his crossing with his stronger left foot is really good which earn him the role of set piece taker from Crotone

Finally, as a forward player his positioning and finishing can be considered really good. He is always in a station in between two defenders in space while on the end of crosses, and is a good finisher as it can be seen with his outrageous chipped goal against Parma.

Where he lacks is in terms of his defensive output. While Crotone as a whole do not press as aggressively as Pioli asks of Milan, Messias whether it is a tactical instruction or he lacks pressing does not press well when functioning as a Mezzala.

Often when played as a central midfielder behind Adam Ounas in the 3-5-2, both Ounas and Messias occupied the same spaces. However when played as a second striker, Messias presses better unsettling centre-backs with his speed.

Messias is also not aerially dominant, much like Brahim Diaz. With his short stature, Messias can easily get out-jumped and overpowered while competing with taller defenders. This does not make him shy away from challenges though, and he does tend to position himself in between defenders for unchallenged headers.

The most obvious comparison between Messias and a member of the current squad is indeed Brahim Diaz, given they should both occupy similar positions in Pioli’s hierarchies with regards to the attack. 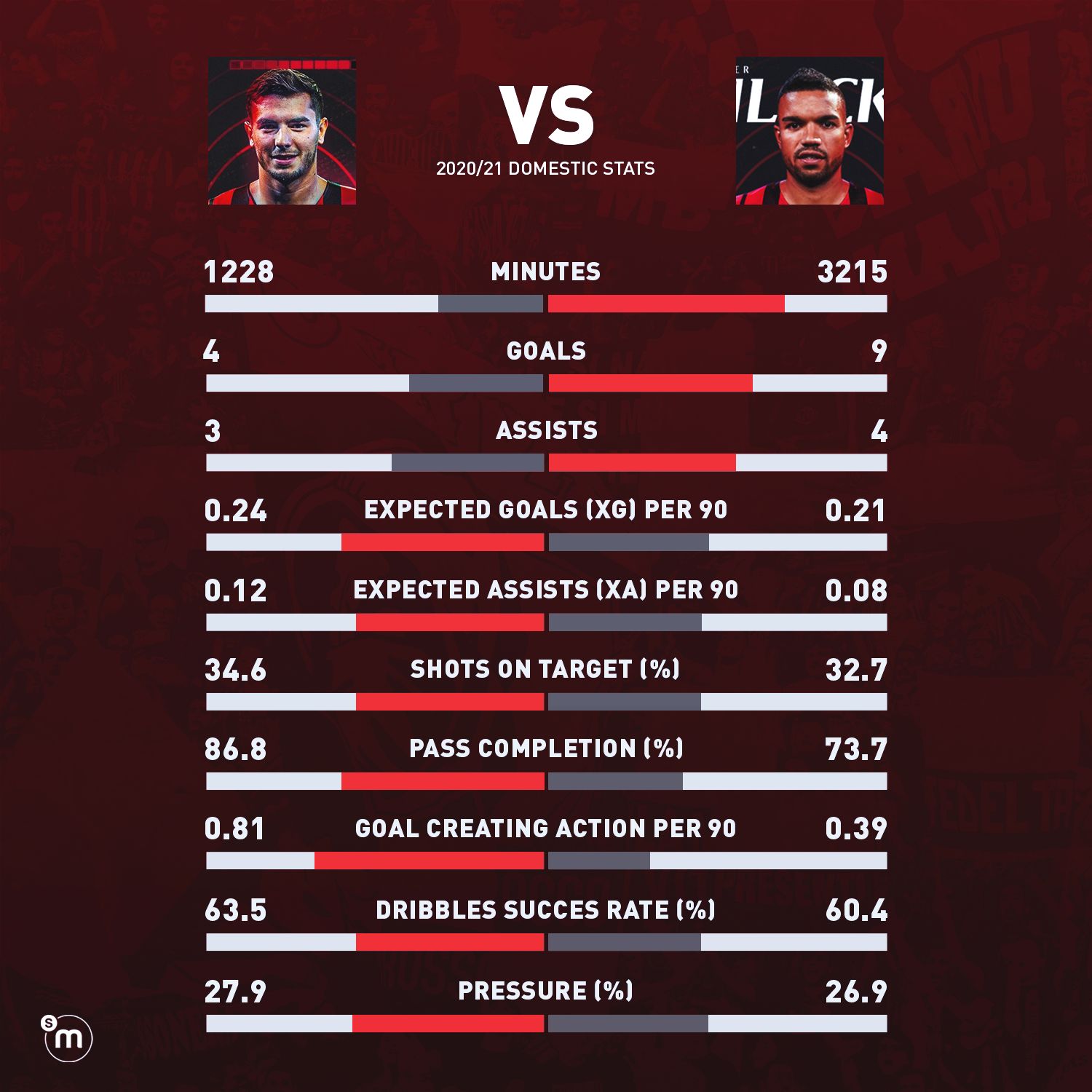 Messias mentioned in his interview he was sorry for the fans that he did not turn out to be the big-name signing fans expected, but what remains to be seen is whether he will be a more functioning system player rather than a front page signing like James Rodriguez or Isco might have been.

A famous example of a similar player would be Josip Ilicic at Atalanta, who was not a big signing at the time but he gave La Dea a different dimension for their system.

The number certainly seem to suggest Messias can fit into Milan but the big question is whether he can handle that jump in quality and big expectations that come with this move. Make no mistake, this could be a zero to hero move from Milan’s management, but also the newest chapter in an inspiring story for the player.