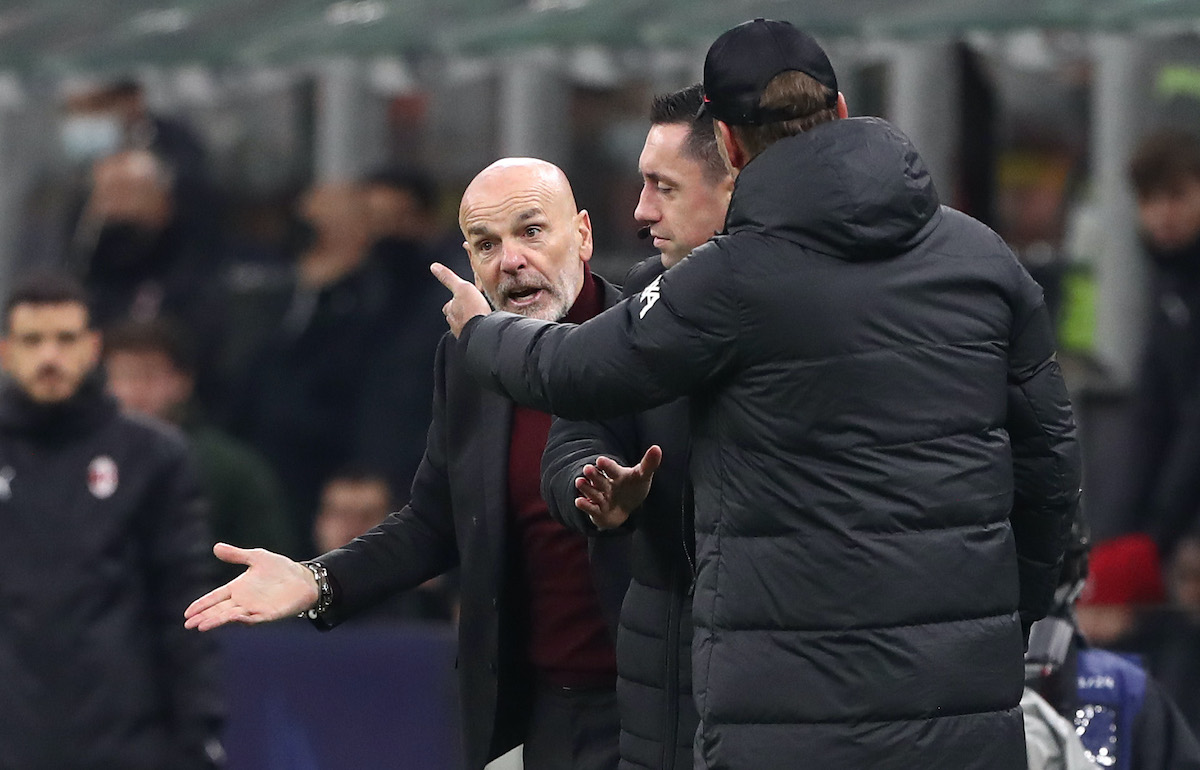 Liverpool head coach Jurgen Klopp has praised AC Milan’s project and revealed his belief that the club are on the right path.

With the Reds having already secured top spot in the group Klopp chose not to call up Virgil van Dijk, Jordan Henderson, Thiago and Jota for the squad, while James Milner was not available due to the suspension after picking up three yellow cards. There were four young players who have travelled to Italy with the team in Tyler Morton, Harvey Davies, Conor Bradley and Elijah Dixon-Bonner.

Nonetheless, Milan could not get the win they needed to put pressure on Atletico Madrid on Porto as they crashed out. Klopp spoke in the media room at San Siro in his post-match press conference and was asked specifically about a couple of things related to the Rossoneri, with his comments relayed by MilanNews.

“I don’t usually think about pride, because I always expect the best, but tonight we had an incredible performance. It was a great match. despite the many changes: the boys have shown that they are excellent players,” he said.

“It is incredible to have won all the games, it is another chapter in the history of this fantastic group of players. It is not a prize: it is something nice to have for sure, but it mattered the passage of the group and we must look forward.”

Klopp also revealed that he spoke with Zlatan Ibrahimovic in the tunnel after the game, but didn’t say an awful lot.

“I met him in the tunnel, we shook hands and we didn’t say much: I don’t think it’s such an important story.”

Finally, the former Dortmund boss was asked if Milan deserved to finish in last place in the group, given that Porto and Atletico Madrid also ended up above the Rossoneri.

“I like their project, it’s a nice mix of young players and experience. At the moment they have a lot of injuries and this is obviously sorry, but what they can do in the next few years is very interesting. Nobody in this group deserved to finish last, maybe this can help them with the possibility of concentrating on Serie A, without the interruptions of European football, to achieve their goals in the league.”