AC Milan were crowned Supercoppa champions in Doha as they beat Juventus 4-3 on penalties.

The game finished 1-1 after extra time with both goals coming in the first half of normal time through Giorgio Chiellini and Giacomo Bonaventura.

The Biaconeri started the game on top, and Stefano Sturaro could have done better with his effort in the second minute where he failed to really test Donnarumma.

Five minutes later Gigio did have to be alert, producing a good low save to stop a Mario Mandzukic drive from the left side of the area.

The early pressure told in the 18th minute as Giorgio Chiellini gave Juventus the lead. A corner fizzed across the six yard box, where the defender was on hand to stab home past Donnarumma. 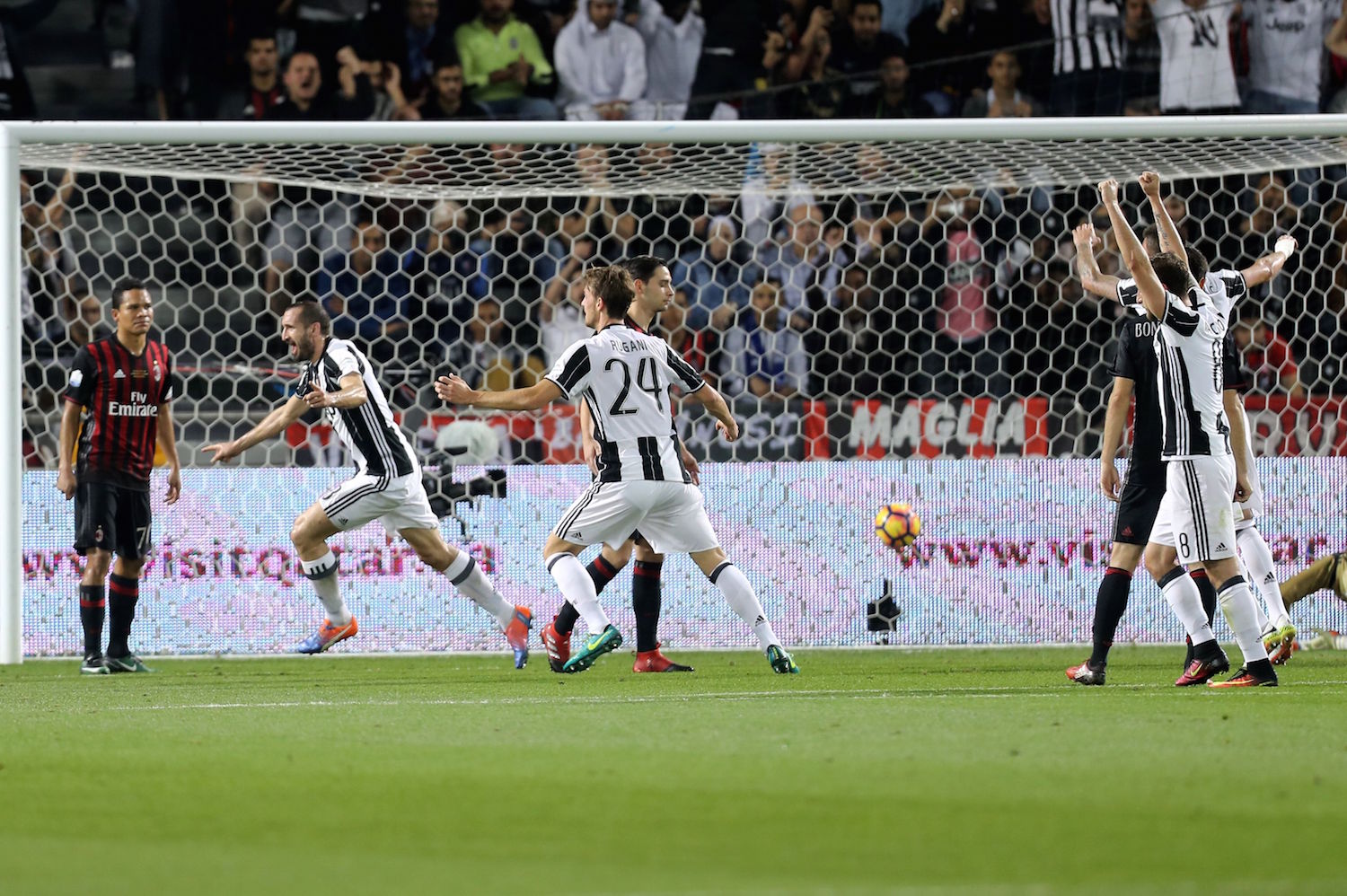 Milan responded well to going a goal behind, and four minutes later were close to levelling when Suso’s curling effort just evaded the far left post.

Seven minutes before the half time interval parity was restored. Suso was the architect as he swung in a perfect cross from the right, where Bonaventura was on hand with a stooping header, beating Gianluigi Buffon at his far post.

The Rossoneri had the best chance early in the second half, with Alessio Romagnoli’s glancing header striking the crossbar. 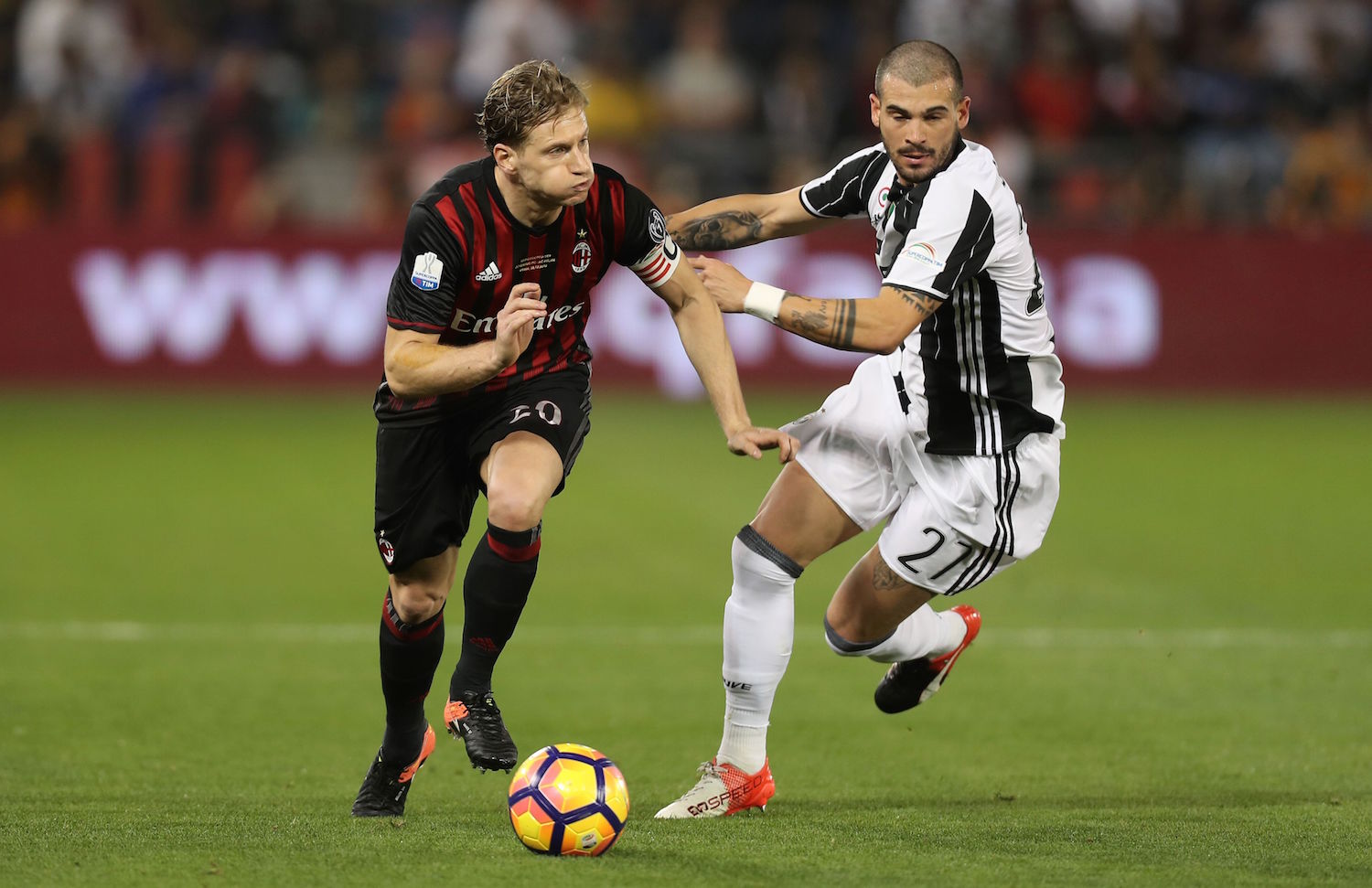 On the hour mark, Donnarumma was forced to make a sprawling one-handed save to deny Khedira’s shot from distance, very similar to the one that preserved three points in the league meeting between the two sides earlier this season.

After a relative lull in chances, Milan pushed for the late winner. Firstly, Bacca forced a good save from Buffon with a header from close range. Then, in added time, the Colombian found himself unmarked at the far post but could not direct his header goalwards. 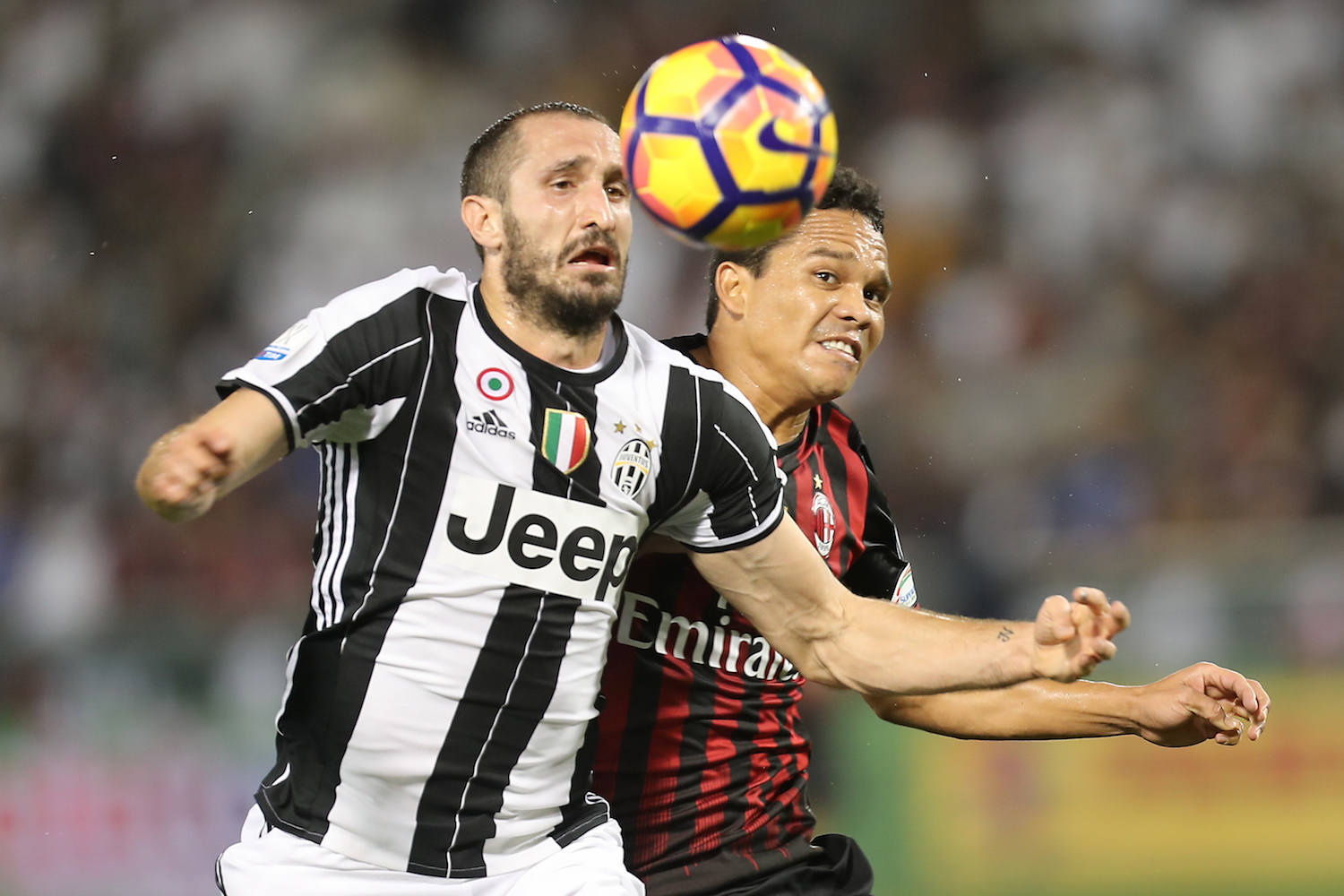 Juventus had the better of chances in extra time, notably efforts from Higuain and Dybala that drew saves, while the latter fired over from a Patrice Evra feed.

Eva did have the ball in the net in the 111th minute, but was rightly flagged for offside as the game headed into penalties.

The shootout started ominously for Milan with Claudio Marchisio scoring and substitute Gianluca Lapadula missing, but Mario Mandzukic hit the bar and Bonaventura scored to tie the scores.

Milan then scored their next two penalties thanks to Juraj Kucka and Suso, but Juve matched it until Paolo Dybala saw his effort saved, allowing on-loan midfielder Mario Pasalic to step up and score the winner.