AC Milan were knocked out of the 2016/17 Coppa Italia at the quarter-final stage after a 2-1 loss away at Juventus.

Paolo Dybala and Miralem Pjanic scored in the first half for the Bianconeri to send them on their way to face Napoli.

Carlos Bacca’s second half volley gave the Rossoneri hope, but Manuel Locatelli’s red card proved to be the incident that killed the game.

Juventus took the lead in the 10th minute thanks to Dybala. A cross from the left side was flicked on by Juan Cuadrado before finding its way to the former Palermo man at the far post, where he fired home emphatically. 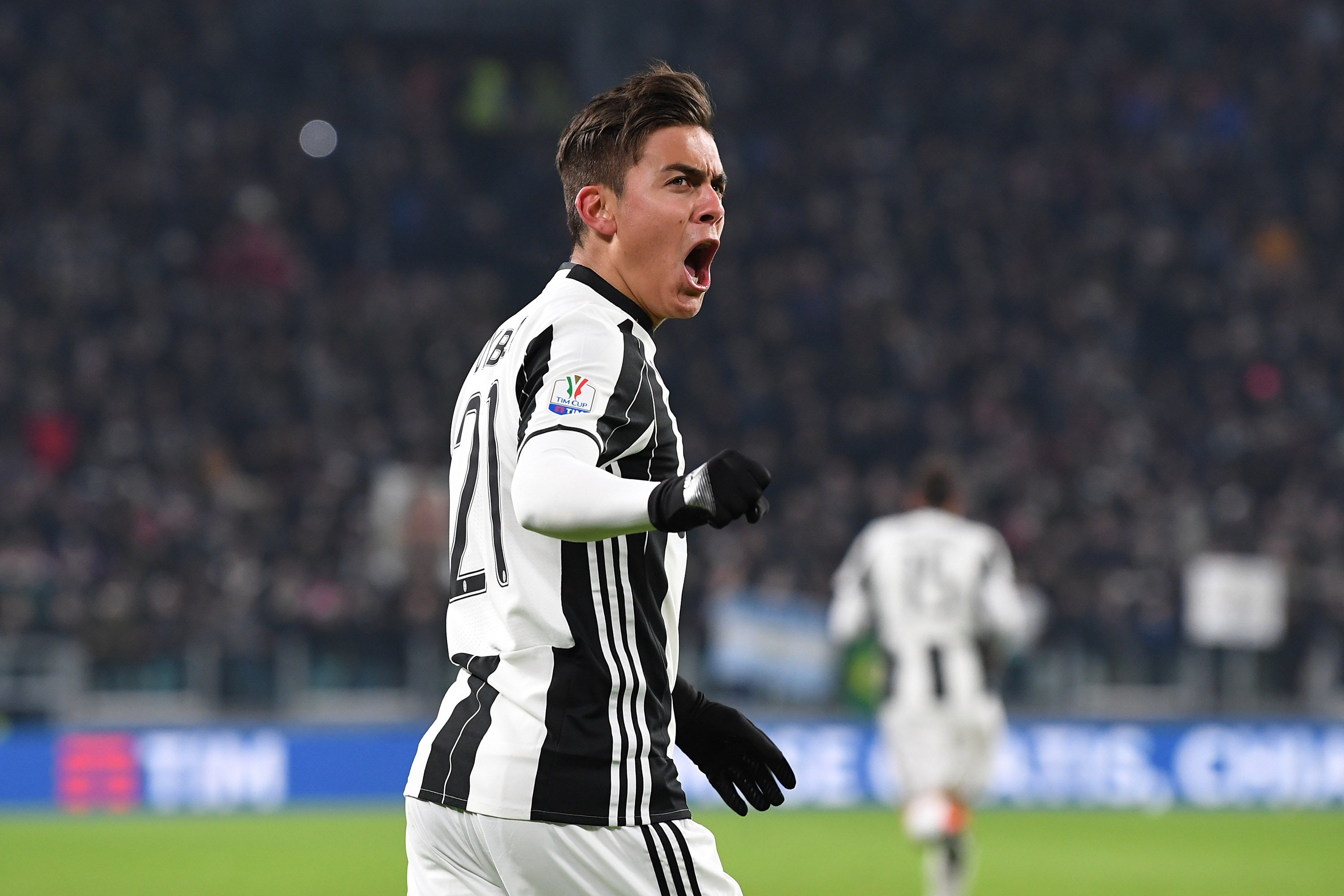 It was 2-0 just 11 minutes later as Juve made Milan pay for sloppy defending. Juraj Kucka brought down Asamoah on the edge of the box, and Pjanic fired a free kick over the wall and into the top left corner.

Sami Khedira thought he had made it 3-0 before the half hour mark when he fired home a rebound, but he was correctly ruled offside.

The Rossoneri, who failed to register a single shot on target in the first 45 minutes, had a late penalty appeal turned down as Carlos Bacca was clipped when shooting from a free kick delivery.

However, Milan started the second half well and pulled a goal back in the 53rd minute. Bacca produced a stunning volley to halve the deficit, firing past a motionless Luis Neto. 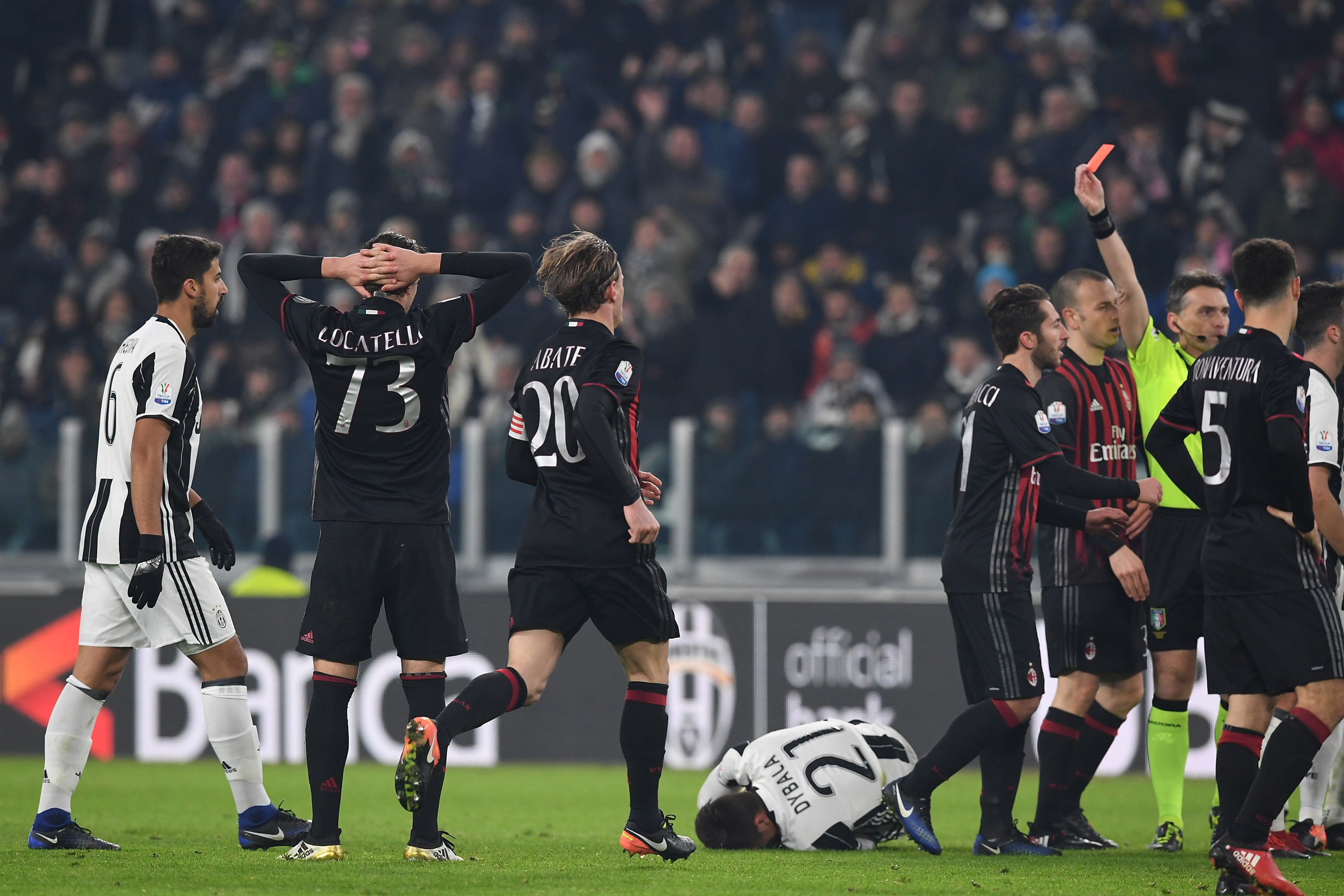 A minute later Manuel Locatelli was sent off, having been awarded a second yellow card for a lunge on Dybala.

Just after the hour mark it should have been game over as Mario Mandzukic headed wide from five yards.

Kucka tested Neto from a free kick with 20 minutes remaining, driving from distance after Bonaventura’s lay off.

Gerard Deulofeu, making his AC Milan debut, almost manufactured a late equaliser as he ran around the Juve defence, but Neto stopped well as Juve secured a semi-final tie against Napoli.