An absolutely shocking, spineless, toothless and disgraceful 2nd half performance from Milan cost them drastically in the biggest game of the season. Fans were brilliant and did not deserve that.

The game started off really cagey and you could tell the players were nervous on both sides. Can’t blame them though as this is the biggest game for 90% of the starting XI.

The first half was full of a lot of sidewards and backwards passes and the teams both didn’t want to play too risky.

The first big chance came in the 5th minute for Milan through a wonderful bit of interplay down the left flank with Cutrone getting on the end of a one-two with Calhanoglu in a great shooting position, but his first-time shot is straight at Buffon. Anywhere else and it surely would’ve gone in. 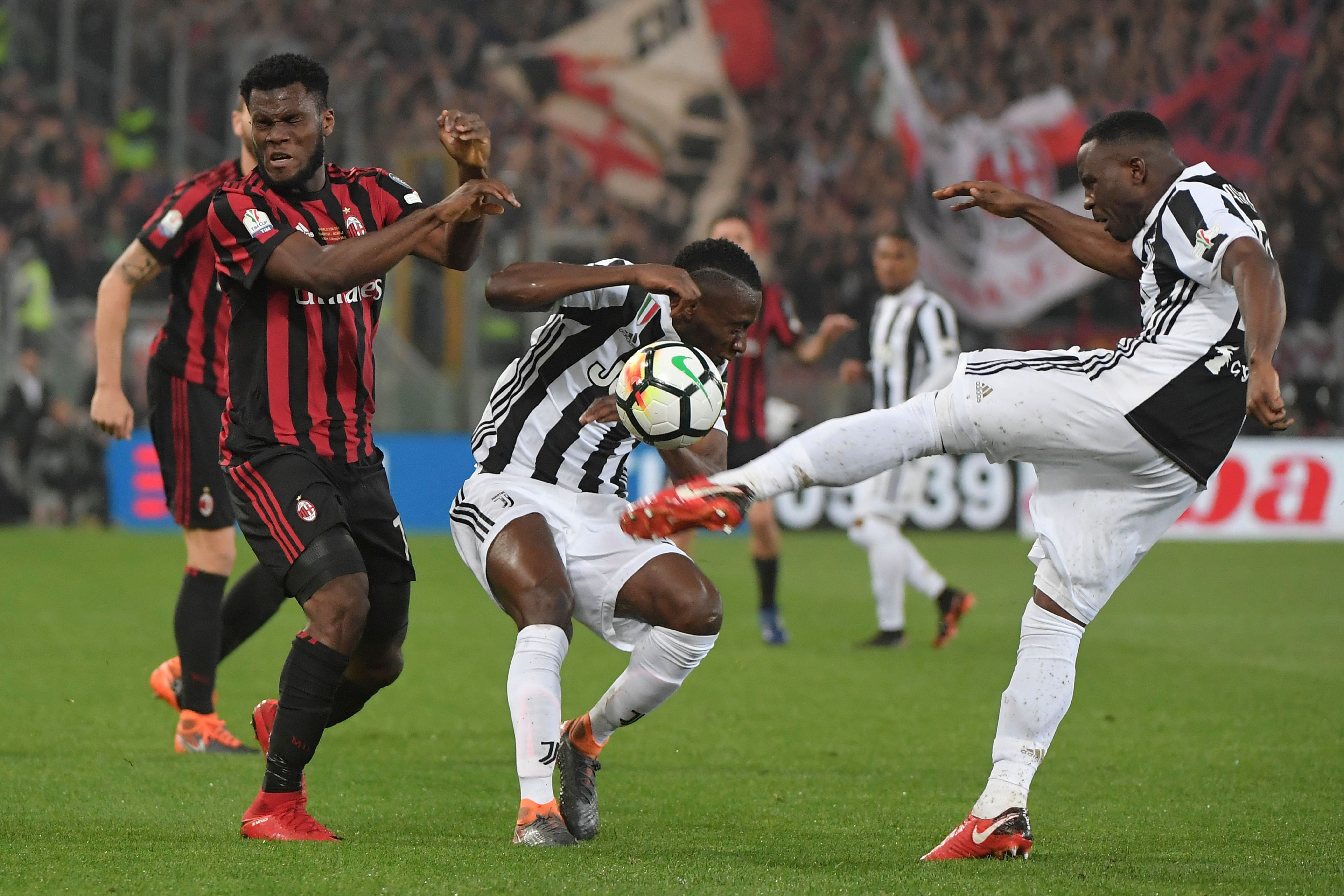 Dybala was allowed 2 snapshots with one edging past the post and one straight at Donnarumma.

Suso was on Milan’s other big chance of the first half in the 27th minute with a curling shot from the edge of the box which got Buffon moving across the goal but it was a comfortable save and went out for a corner.

Late in the first half Mandzukic managed to peel of Romagnoli and latch on to a floating ball but was only able to guide the ball on target with no pace, routine save for Donnarumma. 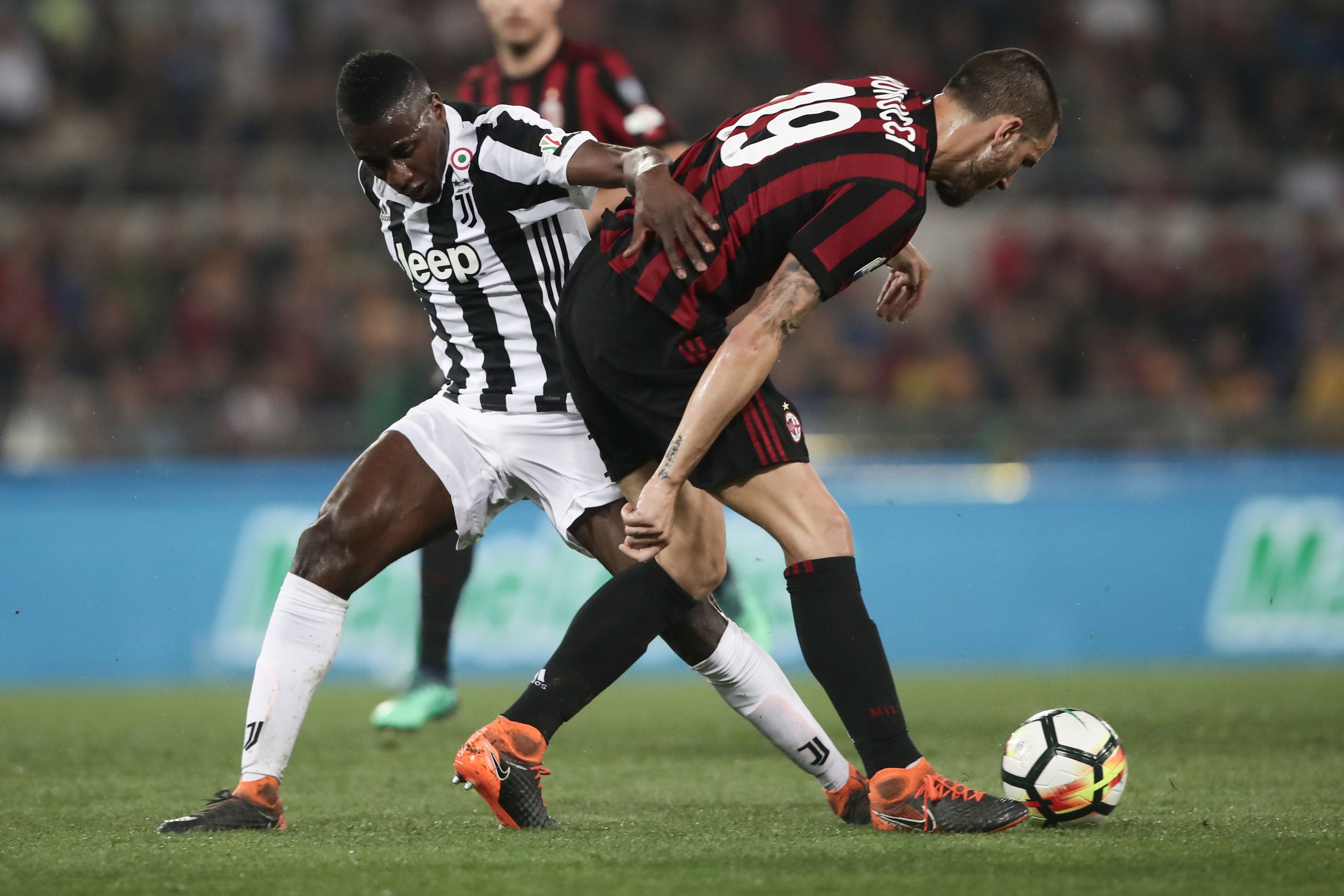 That high intensity certainly was maintained going into the second half. Started off end to end and chances were flying left, right and centre for both teams.

Right at the start, Milan had the first chance as Bonaventura made a daring run down the line and put a ball across which only needed a touch and it would’ve gone in. 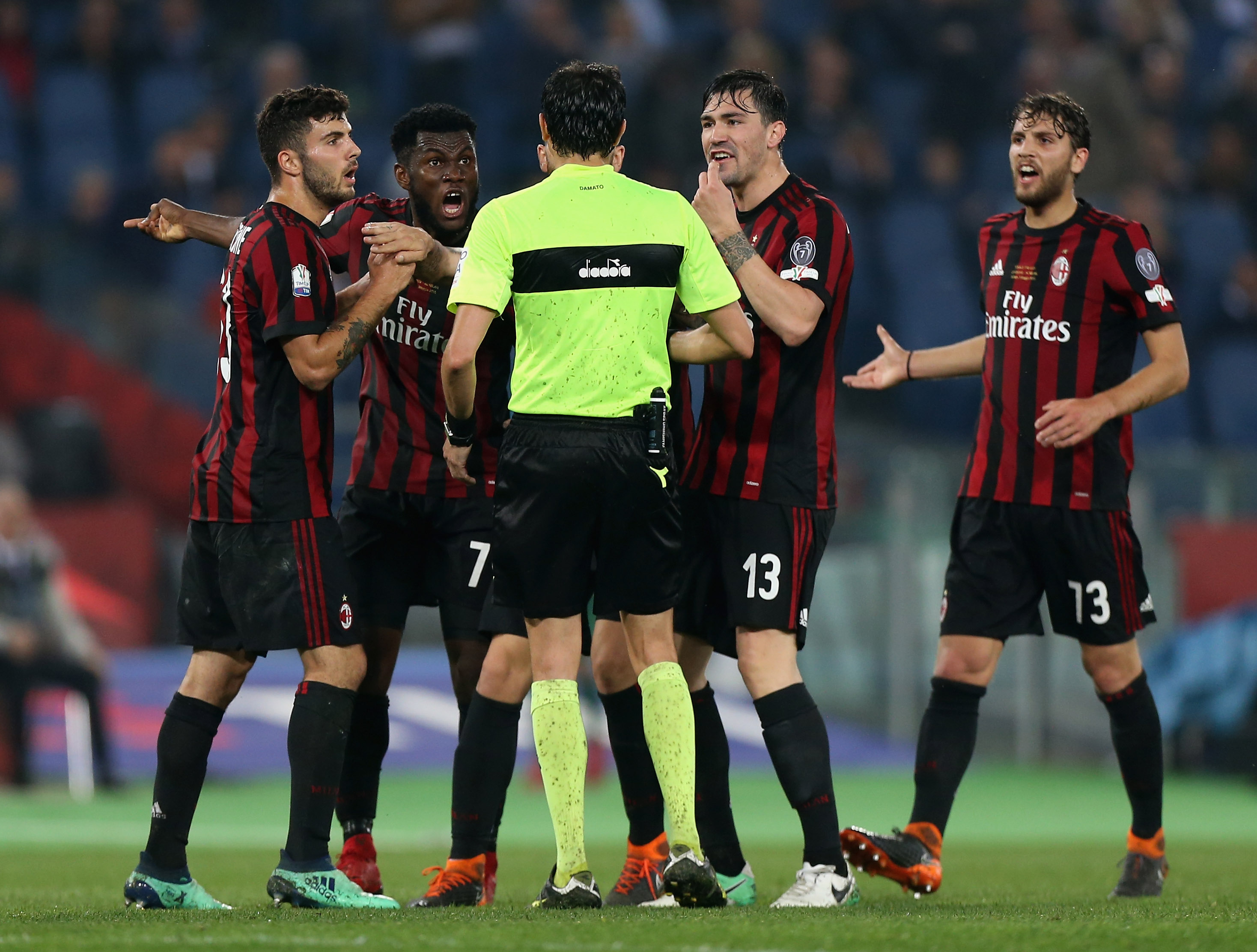 In the 56th minute, Benatia scored his first of the game, getting on the end of a corner.

It didn’t stop there straight after in the 61st minute Douglas Costa fired from the edge of the box and it was absolutely woeful keeping from Donnarumma who had been playing brilliantly.

Three minutes after in the 64th minute it was definitely GAME, SET AND MATCH. Donnarumma again made an unforgivable mistake by dropping the ball into Benatia who grabbed his second of the night.

In the 76th minute, it was definitely a misery compiler for Milan as Kalinic shockingly headed the ball into his own net off a Juventus corner with no one around him.

Milan’s closest chance in the second half came from Matuidi hitting his own post from across.

After starting the second half off so brightly and having put a close to flawless display defensively through the opening 45 minutes, it all came to an abrupt end as Juventus put the pressure on and obliterated Milan 4-0. Embarrassment…