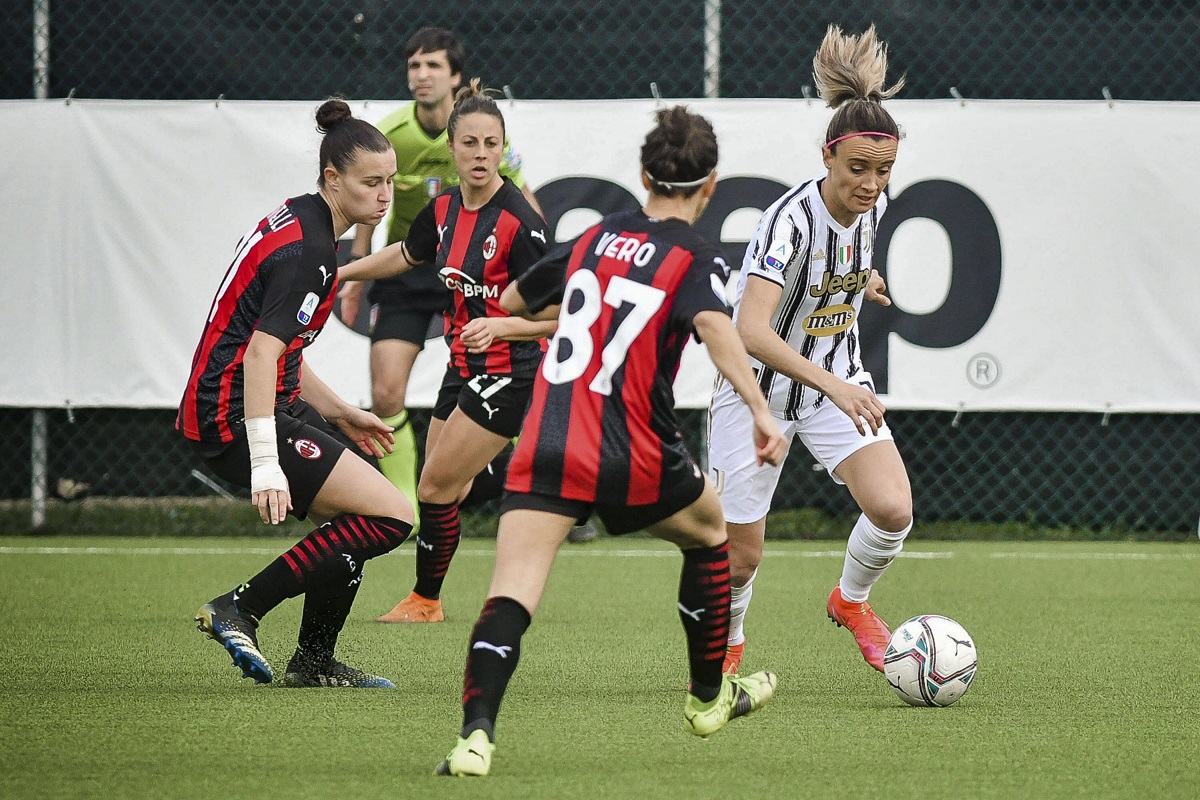 By Steph Insixiengmay - 12 March 2021, 20:51
Last Sunday, AC Milan Women suffered a heavy defeat against Juventus, as they were beaten by four goals to nil away from home. Here’s a breakdown of what went wrong, with a lot of things to point out.

Milan lined up with their usual 3-5-2 formation. Star midfielder Veronica Boquete made her return to the XI after sitting out the last game against Bari. Midfielder Refiloe Jane was also supposed to make her return during this match. However, she was pulled shortly before the match due to injury fears. Christy Grimshaw then took her place in the starting XI. 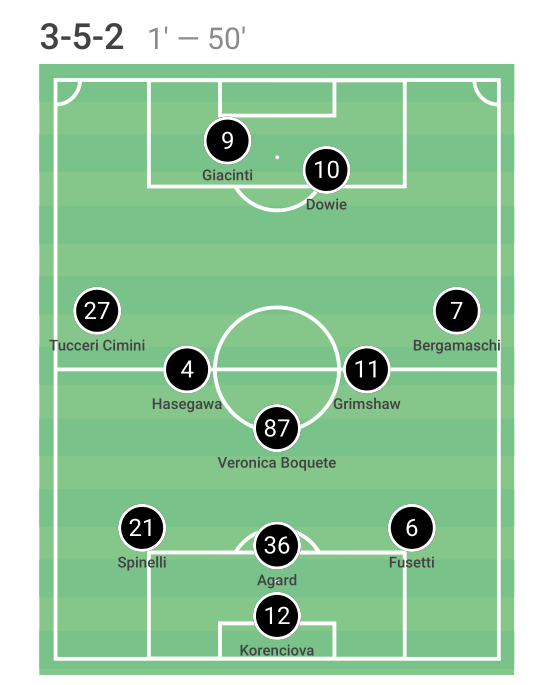 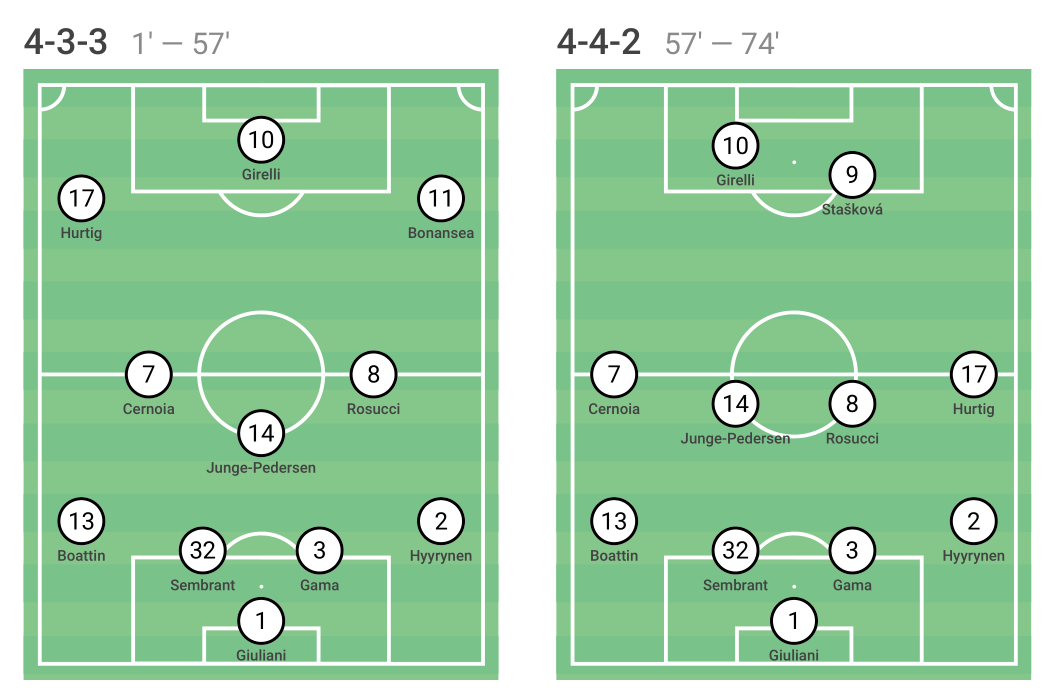 Both formations allowed the Bianconere to dominate the midfield while safely seeing through the match until the end.

Juve’s midfield trio was composed of Valentina Cernoia, Sofie Pedersen, and Martina Rosucci. All three of them were a steel block that helped the Bianconere dominate in the midfield, which led to them having overall dominance in the match.

Milan’s midfield, on the other hand, looked weak without the presence of Refiloe Jane. Without the defensive midfielder, Milan were outmuscled in the middle. There is no better example of this than when Juve’s Barbara Bonansea sliced through Milan’s midfield en route to goal.

It was at those intervals where it felt like Jane’s presence was missed the most.

Juve, unlike Milan’s previous opponents, Pink Bari, pressed high up the field. When they did so, they deployed an asymmetric 3-4-3 formation off the ball used a player-to-player oriented press while Milan tried to bring the ball out from the back. Veronica Boquete acted as a deep-lying playmaker who was the bridge between the defence and offence.

Christy Grimshaw slotted in as a makeshift trequartista while Yui Hasegawa played as both a left and right centre-mid. Valentina Bergamaschi played as a more attacking wingback who tried to spring attacks on the right. Unfortunately, her actions were disrupted by Juve’s relentless pressing.

Juve’s pressing was quite effective, as they did not allow Milan to build up the rhythm they would need to spring an attack. Their pressing would also result in the Rossonere making several mistakes and conceding four goals in the process.

As you can see from the chart below, the Bianconere’s pressing was quite relentless during this match. 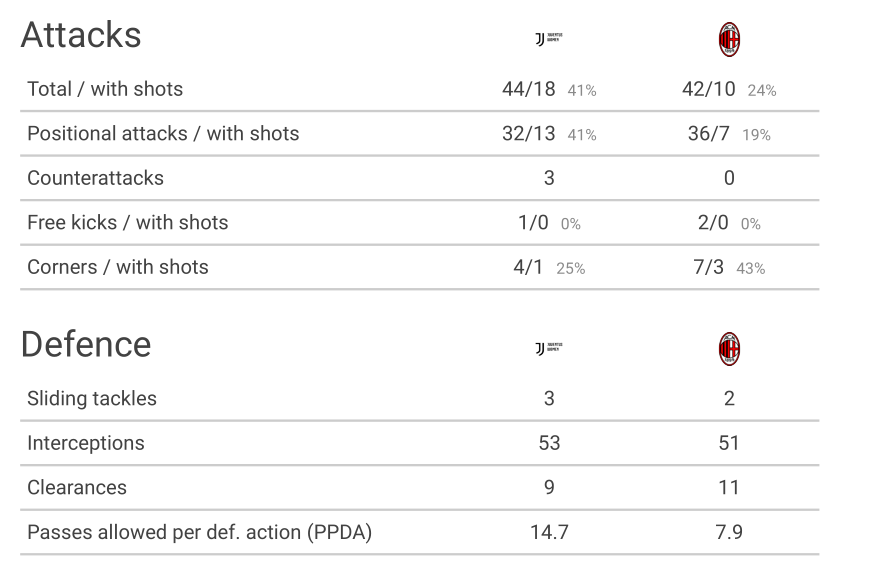 For every 14.7 passes Milan made, Juve would then press them. It also led to Juve launching three counter-attacks and scoring two goals in the process. The Bianconere were also more relentless than Milan in attack, which ultimately led to them scoring four goals.

The first conceded goal was the result of Valentina Giacinti not being able to win her one-on-one duel. Juve then pounced on the opportunity and made a vertical pass to Rosucci, who then drew Linda Tucceri Cimini away from Tuija Hyyrynen. Hyyrynen then made a deep cross to Lina Hurtig, who then passed the ball to an unmarked Bonansea. And so the first goal was a reality,

Milan chose to deploy a high line during this match, and it left them quite vulnerable at the back. Juve exploited this successfully. In the build-up to the second goal, Juve successfully bypassed that high line with a swift counter-attack, as they easily played a ball behind the defence. That subsequent pass found the feet of Hurtig, who converted the chance.

The third goal, once again, was the result of Juve’s relentless pressing. Christy Grimshaw faced a real roadblock as she was swarmed by a few Juventus players, and ended up passing the ball back to Laura Fusetti, a defender who is not always comfortable on the ball. After a bad first touch, Juve dispossessed her and launched a counter-attack that led Andrea Stašková scoring their third goal.

The fourth goal conceded was a repeat of the previous ones. Once again, Juve dispossessed a Milan player and launched a counter-offensive that eventually led to Arianna Caruso scoring the game’s final goal. And with her goal, Caruso officially put Milan to the sword.

Milan’s defence looked rather ordinary during this match. Prior to this game, Milan had the fifth-best defence in Europe, as they had conceded only seven goals during the current campaign.

Now, they have officially conceded eleven. During this match, the Milan defenders were often caught out of position, which led to Juve creating several chances. They also had trouble dealing with Juve’s speed on the counter-attack.

One of the main problems playing three at the back is that it exposes the wings to quick counter-attacks and if the centre-backs are not fast enough, then the opposition can easily move the ball upfield. This was evident during this match, as Milan had trouble dealing with the threat that Juve posed in transition.

Juve’s defence, on the other hand, was quite effective in shutting down Milan’s attack. They forced the Rossonere to take shots outside of the box, as the Bianconere snuffed out any chances inside it.

The Bianconere also had a good sense of positioning and timing, most evident by Linda Sembrant making a key interception here.

The twin combination of Juve’s speed on the counter-attack combined with their stalwart defending is what sealed Milan’s fate during this match.

Despite Milan having more of the ball in this match, once again, they couldn’t make the most of it. They were also outshot by a ratio of 19 to 12. 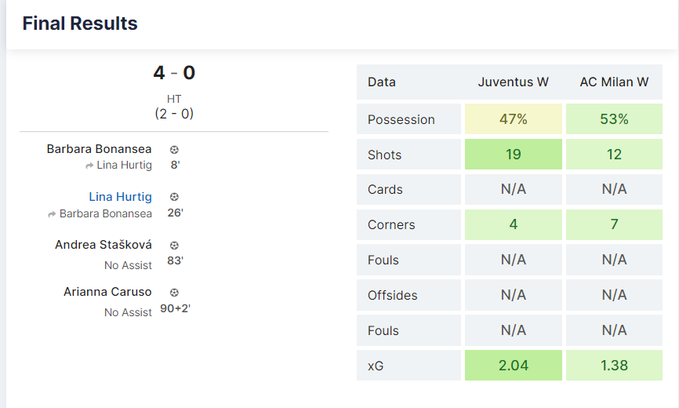 Juve’s performance during this match was a classic case of ‘doing less with more’ and if Milan want to be champions themselves, then they’ll have to learn to do the same thing.

This was a tough loss for Milan. If any good came out of it, then it would be the fact that this is a wake-up call for the team. The Rossonere are still not on par with teams like Juve, and will need to take qualitative steps to bridge the gap with them.

Their title hopes came to an end during this match. However, one could argue that the goal was to qualify for the Champions League all along. And in that regard, their aspirations are similar to those of their male counterparts.

It doesn’t help that players like Verónica Boquete and Yui Hasegawa are being played out of position. Boquete is a trequartista by nature and Hasegawa is a left-winger who was playing a more central more in the midfield.

By playing them out of position, both players aren’t able to play to their full potential, and the effects of this come through in Milan’s performances.

One wonders if there are any methods to Ganz’s madness and just what he’s hoping to achieve with these tactics. The hope is that he’ll eventually sort this out over time and that Milan will be able to effectively utilize all the talent in their squad.

But more importantly, one would hope that we can avoid any more demoralizing losses like this in the future.

If Milan are to advance to the final of the tournament, then they’ll have to win this crucial match. More importantly, they’ll have to do so by playing a lot better than they did last Sunday.

The girls will be looking to use this game to make a statement, so look for them to throw everything they have into this match and to emerge the victors of it. 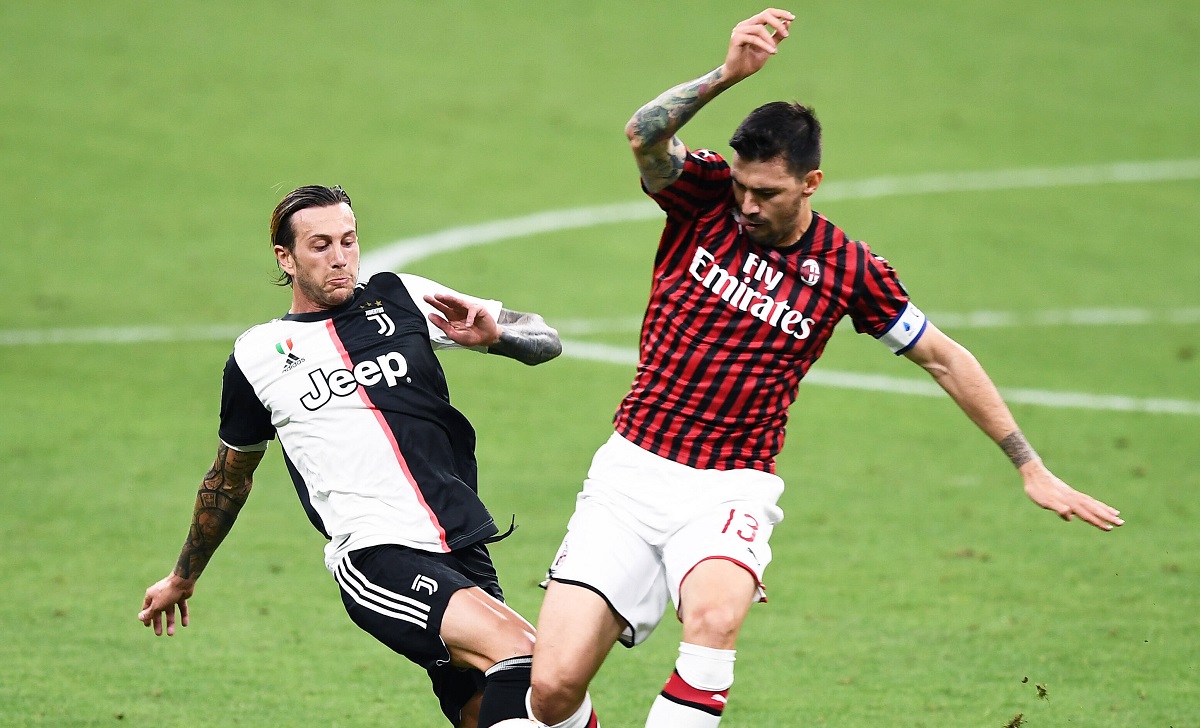