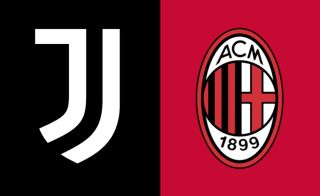 Perfect start on the line and Chiesa the danger man: All the key stats ahead of Juventus vs. Milan

AC Milan will travel to face their old enemy Juventus hoping to maintain their perfect start to the season in Serie A, but it will not be easy.

The Rossoneri have won three out of three in the league thus far scoring seven goals and conceding just once in the process, and they come up against a winless Juve side that have had a slow start after the return of Max Allegri as they languish in the bottom half.

This is the kind of fixture where anything can happen though, and below are the best pre-match stats…

➤ Milan are the team against which Juventus have both lost the most matches in Serie A (51) and the side against which the Bianconeri have drawn the most games in the competition (54).

➤ Milan have won two of their last three Serie A matches against Juventus, as many as in their previous 17 (D1, L14).

➤ Just one of their last 24 Serie A games between Juventus and Milan has finished level (1-1 in February 2012), with the Bianconeri winning 16 to the Rossoneri’s seven.

➤ In the era of three points per win, Milan have won each of their first four Serie A seasonal games only twice: in 1995/96 under Fabio Capello and in 2020/21 under Stefano Pioli.

➤ Since last May, Milan have the most clean sheets in the big five European leagues (7 in 8 matches).

➤ The Bianconeri are the team that have conceded in the most consecutive games (17) in the big five European leagues since March.

➤ Juventus’ Paulo Dybala has scored five goals at the Allianz Stadium against Milan in Serie A; against no other team has he found the net more at this venue. Overall, ‘Joya’ has scored seven goals against the Rossoneri in the Italian top-flight: only netting more against Udinese (9).

➤ Juve’s Federico Chiesa has been involved in six goals against Milan in Serie A (3 goals, 3 assists); against no other team has he had a hand in more goals in the competition (6 also against Bologna). In addition, his only brace with Juventus in the Italian top-flight came against the Rossoneri (January 2021).

➤ Milan striker Zlatan Ibrahimovic has failed to score only in two of the 24 stadiums in which he has played more than one match in Serie A: at Allianz Stadium (2 games) and at Bentegodi (4).

READ MORE: Disorganisation and a lesson in pressing – Tactical analysis of Milan’s defeat to Liverpool