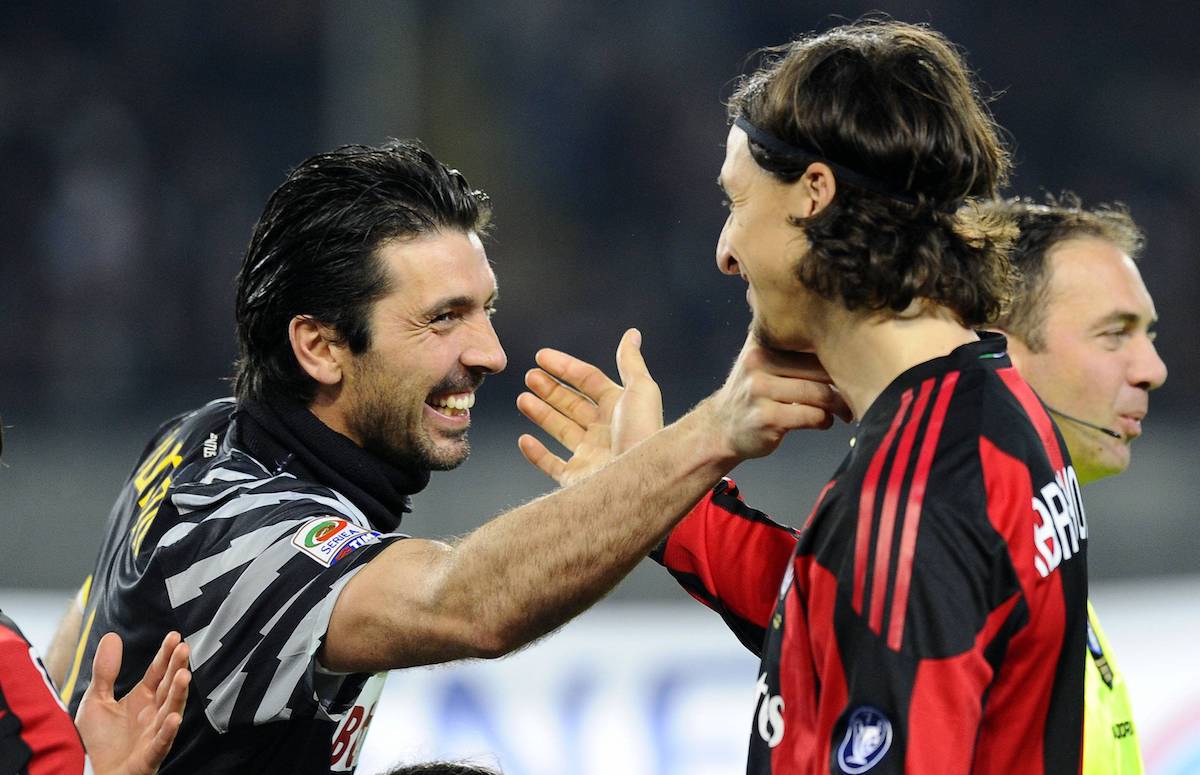 Juventus icon Buffon full of praise for Ibrahimovic: “I know perfectly what he thinks”

If Gianluigi Buffon and Zlatan Ibrahimovic have one thing in common, it is longevity and persistence to play at the highest levels for almost as long as one can remember.

They have excelled in three decades since the beginning of the 21st century and continue to play well into their 40s. At 43 and 39, Buffon and Ibra respectively, have displayed the fact that age is just a number.

Speaking of his counterpart and once team-mate, Buffon was full of praise for the Swede in an exclusive interview to QS (via MilanLive).

He said: “Ibrahimovic is not surprising, because I have known Zlatan for 20 years and I know perfectly what he thinks, how he approaches work and how much determination he puts into it. I’m not surprised by certain players, and I put myself among them, who despite our age still manage to be an added value.”

Not many players reach their early 40s whilst still playing top-level professional football and the legendary shot-stopper credited this longevity to a strong mentality.

Buffon is now looking for a new experience after expressing his desire to change clubs, having played almost 700 matches in the Bianconeri colours.