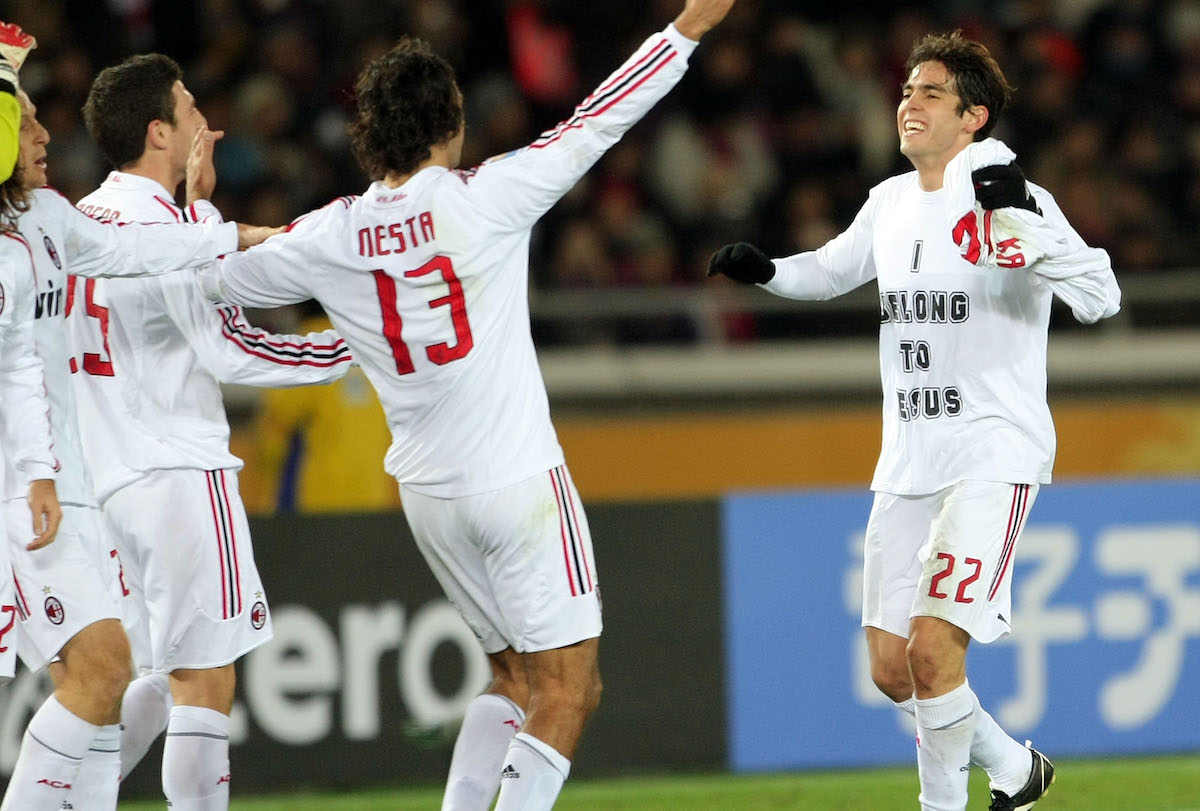 AC Milan icon Ricardo Kaka has recalled some of his favourite memories in the Champions League, and revealed that he is an admirer of the current side.

Kaka spoke to Milan TV two days before the trip to face Atletico Madrid, the same opponent Milan had when he scored in 2014, the last game the Rossoneri played in the competition before their return this season. The channel asked the former playmaker about the magical European nights he experienced, with his comments relayed by MilanLive.

One of the more famous finals he was involved in was the one in Istanbul 2005 against Liverpool, when Milan surrendered a 3-0 lead and lost on penalties.

“One of the most beautiful Champions League finals, unfortunately we lost it. Not winning at that moment was very hard for me, I knew it was difficult to make it to another final. It was a difficult defeat, it made me grow as a person and professionally,” Kaka added.

“I was in doubt as to whether I would be able to make another final and win the cup. In 2006 we went out in the semi-finals against Barcelona. They were two complicated years, then in 2007 we had Athens.”

In 2007 Milan were handed the chance to get revenge via a rematch against Rafa Benitez’s Liverpool in Athens, and they won 2-1 with a brace by Pippo Inzaghi.

“That was the best year of my career, both for collective and personal results. It wasn’t my first goal to be top scorer, but in the summer of 2006 Shevchenko had gone and Ancelotti put me closer to Pippo Inzaghi. I had become a second striker. It’s great to be top scorer in the Champions League with 10 goals and win the cup.”

Before that final was the semi-final against Manchester United, when Milan overturned a 3-2 deficit from the first leg at Old Trafford, winning 3-0 back at San Siro in a game since labelled ‘La Partita Perfetta’.

“It was special. Scoring two goals at Old Trafford and not winning that match shows how tough it is to play in the Champions League. I scored one of the best goals of my career, very special for me. Not having finished that game gave us an extra boost for the return to San Siro. We knew it was possible to play against a very strong team, we were very confident we could do it. That perfect match was unforgettable.”

After seven years away, Milan are back in the Champions League and the former Brazil international is happy about it.

“I like the mix of youth and experience, it was like that in my Milan too. We hope that next year the team will play it again and the results will be completely different, because they know what it means.”

READ MORE: Slavko Vincic to referee Atletico Madrid vs. Milan – the precedent that worries the Rossoneri