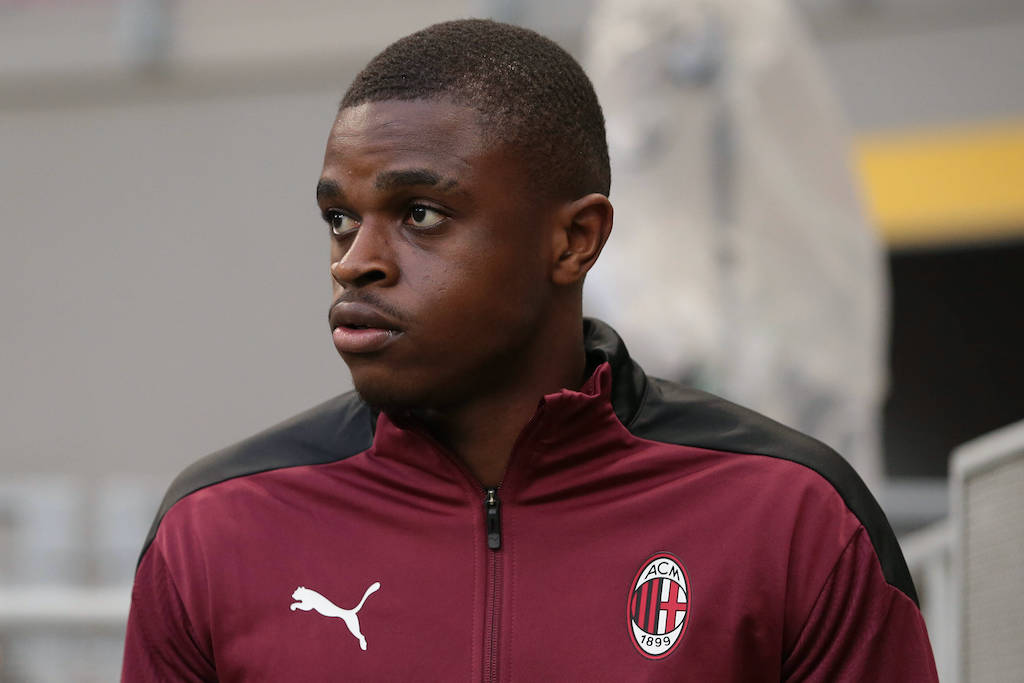 One player who has perhaps made a greater impact than expected since his arrival last summer has been Pierre Kalulu.

With seemingly every appearance he makes Pierre Kalulu justifies why the Milan management decided to pursue him so aggressively. The 20-year-old is proving to be up to the task and when called upon he has not yet disappointed despite his lack of experience, playing both centre-back and right-back well.

Milan paid just €500k to sign him from Lyon and once again the Rossoneri scouting department has proven to be effective, because just eight appearances later he already appears to be worth much more than what he was paid six months ago.

Kalulu has given a long interview to Eurosport, during which he talked about Milan, his choice to join the club, his ambitions and his team-mates, with his words transcribed by MilanNews.

On the decision to leave Lyon for Milan: “There are many things that come into play, it was the first choice to make in my young career. Everything was done quite simply. Milan was a unique opportunity.

“No one can predict what would have happened if I had stayed in Lyon. Maybe everything would have been okay, maybe not. Milan too was a leap into the unknown. There was apprehension, but behind it there was also a real interest and a real project. That’s why I chose Milan.”

On Maldini’s decisive speech: “Obviously, when Paolo Maldini talks to you … As a player you understand that you have someone important in front of you. I didn’t see him play live because I was little, but he generates something different inside you.”

On the Milan project: “When you are young and you see a club that wants to trust young people, this matters a lot. Leao, Saelemaekers, Bennacer… I could say practically all the names. Almost all of them are actually young. It is a pleasure to have this possibility and to be able to win. The coach trusts me. I can show what I’m capable of.”

On Lyon: “There is no resentment, I have remained on good terms. And I have no regrets. Do the OL fans appreciate me? It is always a pleasure to be appreciated. Lyon is all my childhood and adolescence. I always take a look at their scores. I still have friends and team-mates in that group. If the fans like me, I’m happy. I hope everything goes well, both in football and abroad.”

On Italian vs. French football: “There are differences, it’s true. I don’t think one is better than the other. Here we have a more demanding approach to the game on some points. In France, we do a little less.

“Not so much out of laziness. but simply because the vision of football is different. When you come here, it certainly changes. But for me, in the end, football is football: two goals and one ball. Here the tactical aspect is different, also the technical aspect. It’s another mentality.”

On the first match against Milan (against Sparta Prague): “I knew it a day or two before. Strangely, there was no particular pressure. I didn’t say to myself:” I’m going to wear the Milan shirt, etc. “. My friends ask me if I often have extra pressure. I say no. It’s the same pressure when you’re in the U17. When you play a big game, you always have special pressure. But for me it’s exactly the same. game, everything passes “.

On Ibra and the request to take off the gloves before the game: “I saw that this story had been broadcast, I started receiving notifications in the morning… To be honest, the versions changed according to the languages. In Italian it was fine.

“Then I saw it in English and things were starting to change. And when I saw it in French… It made me smile a lot. Without going into detail, it was nothing special. There was nothing wrong with that, it was in the heat of the moment.”

On AC Milan’s season: “For us every match is like a final. In the league we aim for something important and that means winning. It doesn’t matter who the opponent is. A match always earns three points. And against Manchester, in Europe. League, it will obviously be a tough match. ”

On Theo Hernandez not playing for France yet: “Personally, it impresses me. Seen from the bench, in a match, it is something that strikes. When he catches the ball, turns and you see him running, you have the impression of seeing a train. We tell each other in the locker room.

“You can’t stand in front of him. He goes at 2000 an hour. But it’s not just about racing, he has impressive technique and quality in passing. When you reach such a level, you necessarily want to join your national team. He he is waiting. I have no doubt that sooner or later he will go there, even if the competition is great.”