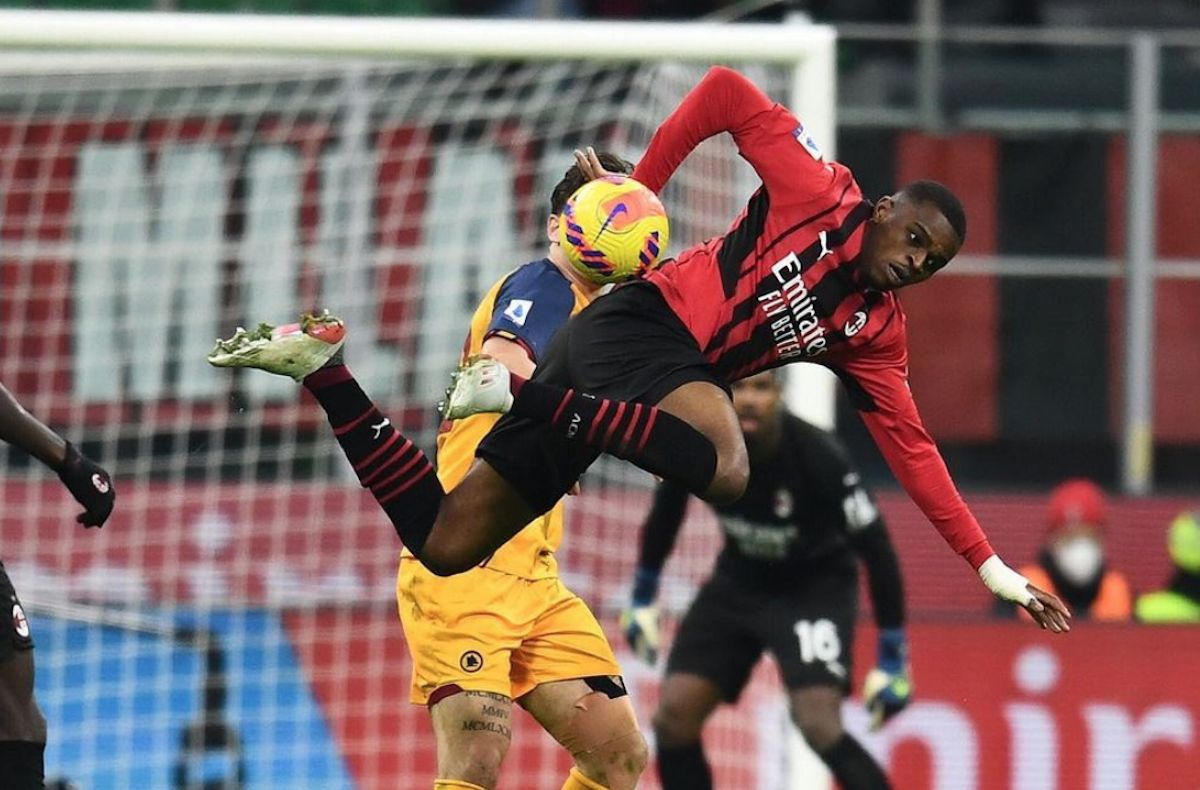 Photo: Kalulu unhappy with Milan’s choice of image from Roma win as Leao teases him

Pierre Kalulu might have put in another very encouraging performance during the victory against Roma, but he wasn’t best pleased with the club’s photographer.

As MilanLive reports, Milan published a picture on their official Instagram profile of Kalulu in mid flight going to try block a ball through, capturing him in somewhat of an awkward pose. His reply via comment was: “But why this one?”

Kalulu’s comment did not go unnoticed either by the fans or by Rafael Leao, who found the choice of photo funny and replied: “Ahahahahahahahahahah.” 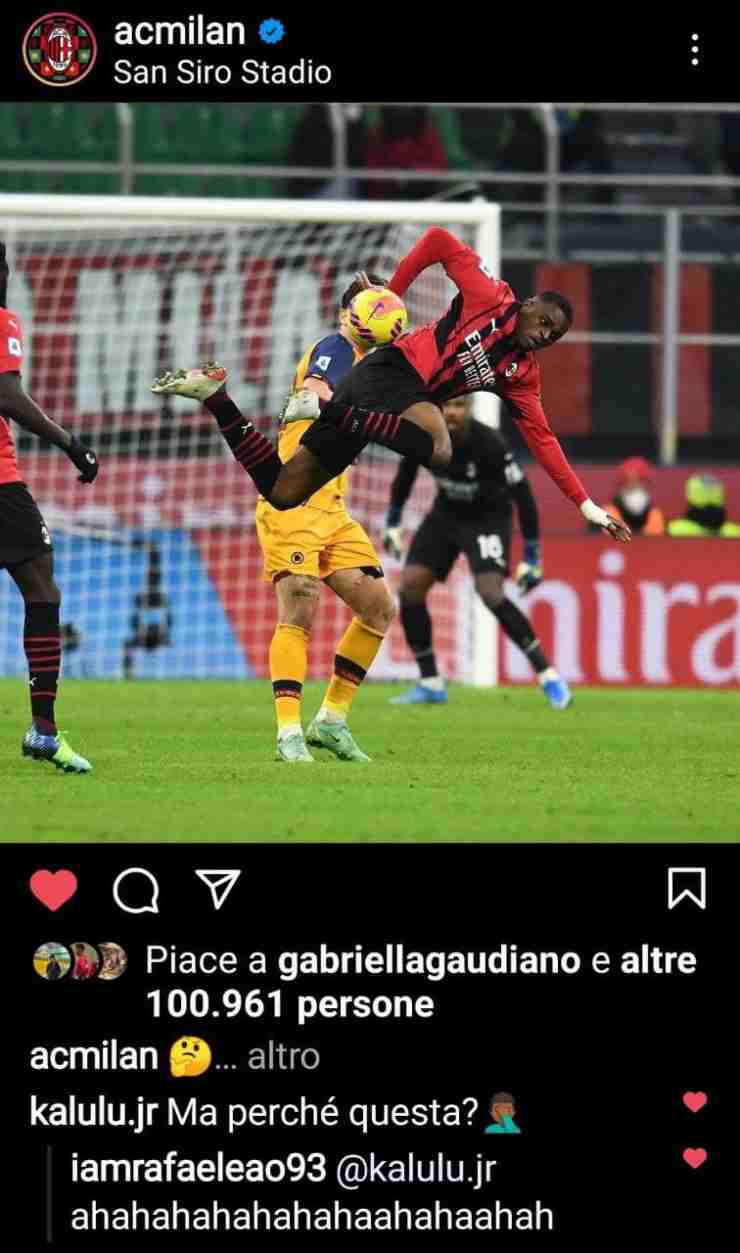