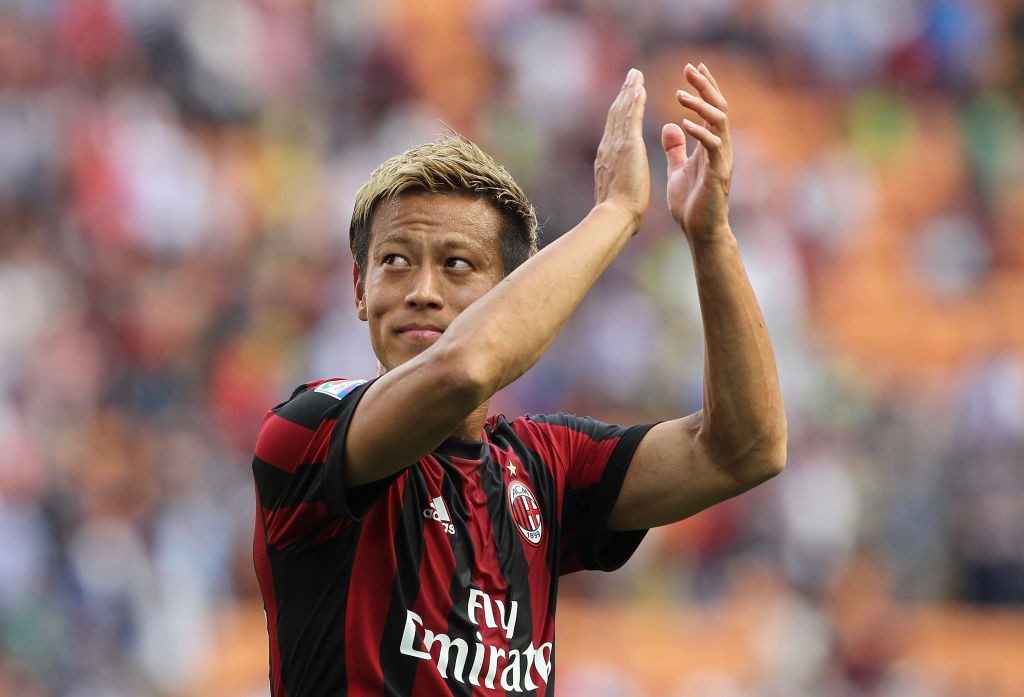 Keisuke Honda repeats message to AC Milan: “Call me when you need me”

Keisuke Honda has once again told former club AC Milan to call him when they need him, despite only just joining Vitesse Arnhem.

After a disappointing start to the season the Rossoneri received an offer of help last month from an unlikely source as Honda urged them to give him a call.

“I have always wanted to help you. Call me when you need me!” he tweeted.

The Japan international moved to Milan from CSKA Moscow five years ago, amassing 11 goals and providing 14 assists in 92 competitive games in a three-year spell at the club.

After his time with the Diavolo he went on to play for Mexican side Pachuca and then Australian side Melbourne Victory, and it was announced on Wednesday that the 33-year-old would be joining Eredivisie side Vitesse.

Milan sent a message to their former winger, wishing him good luck, and Honda replied: “Thanks. Call me when you need me. Please don’t forget about it.”

Thanks. Call me when you need me. Please don't forget about it.