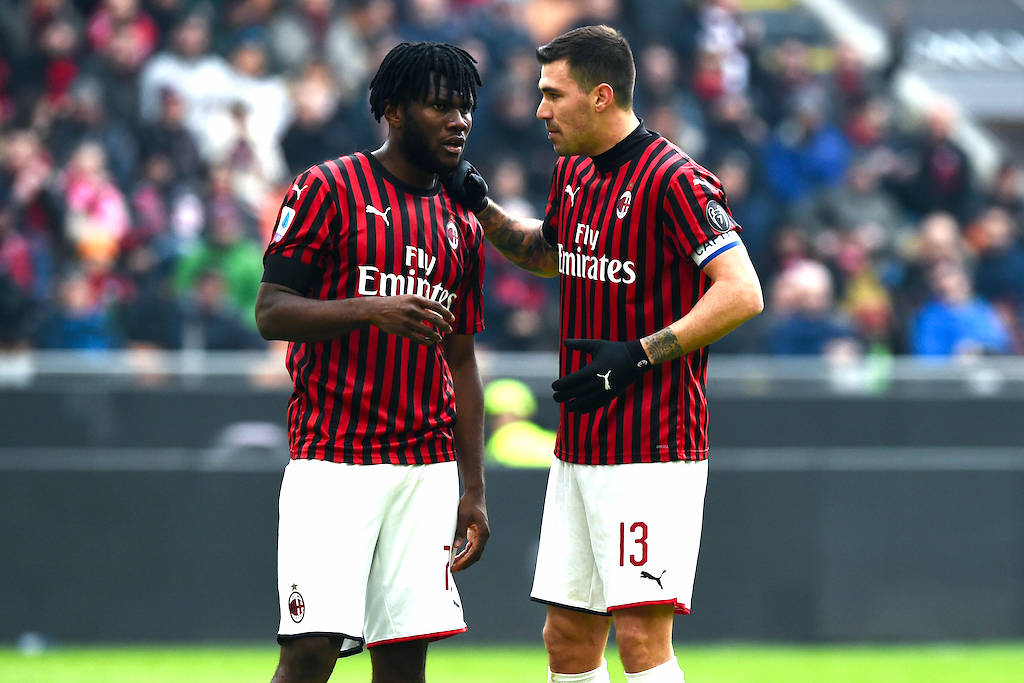 Giorno: Kessie and Romagnoli reach crossroads at Milan and are on seemingly different paths

AC Milan have two important expiring contracts in Alessio Romagnoli and Franck Kessie, but they seem to be heading down very different paths.

Today’s edition of the Milan-based newspaper Il Giorno (via MilanLive) took stock of the two situations, starting with Romagnoli. The captain has apparently made it clear several times that he wants to stay at Milan for a long time and feels an integral part of the team.

However, the economic side of things must be resolved given that Romagnoli receives €5m net per season which is why Milan are negotiating over a renewal with a lower salary, even having got the ok from agent Mino Raiola to do so. The idea is to try to close with a salary of €3.5m a year, a figure that could satisfy Romagnoli who is motivated to carry on with the Rossoneri.

There is not positive news regarding Kessie however as negotiations between Milan and his agent George Atangana have completely stalled, as he continues to demand around €8-9m net per year for his client to renew.

Milan will not compromise and do not intend to offer more than €5-6m with bonuses included, so as it stands Kessie is destined to say goodbye at the end of the season.

READ MORE: Milan ready to accelerate for Bremer in January – two potential counterparts in the deal