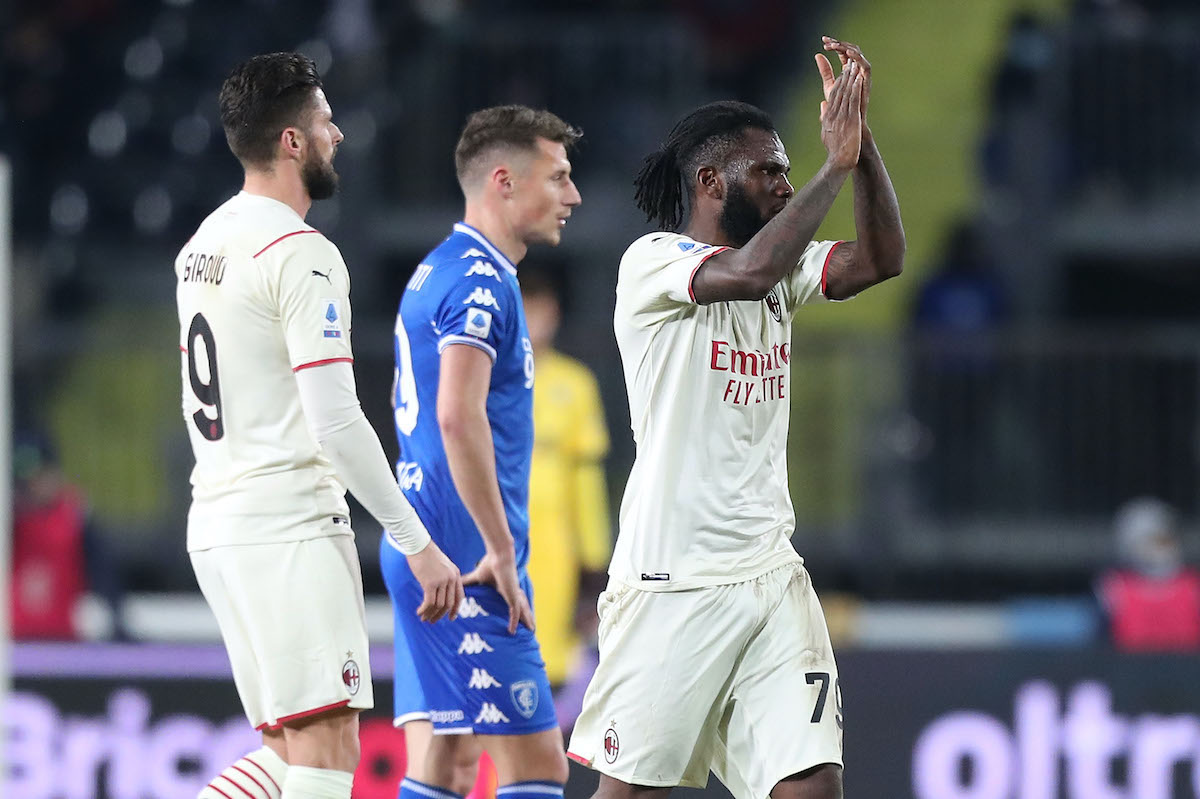 MN: Why fielding Kessie as an attacking midfielder worked and when it could be used again

Stefano Pioli’s decision to field Franck Kessie as an attacking midfielder during the win against Empoli is still being taled about by the media.

MilanNews writes how the choice proved to be a winning one as he scored twice before the interval, but it wasn’t just getting on the scoresheet that made it a fantastic decision because it in fact helped Milan in multiple ways.

Kessie asserted himself not only in the possession phase, managing but also in the non-possession phase, because he was very good at neutralising Empoli’s regista Samuele Ricci, who is very important in the build-up schemes of Andreazzoli sitting at the base of the midfield diamond.

In a delicate position like that of the central attacking midfielder, the physicality of a player like Kessie certainly helped because he can impact the game on and off the ball, and it could be worth trying again in the future against sides who play through the thirds and have a deep-lying playmaker, or even in European games.

This is also true given Tonali and Bennacer are able to act behind in the double pivot, break up the construction phase of the opposition and move the ball vertically quickly.

READ MORE: Milan thinking of signing a striker in January – €10m man the most intriguing profile