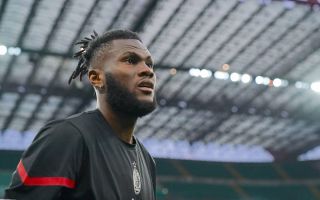 MN: Milan expecting a decision from Kessie regarding renewal by March

AC Milan should find out what Franck Kessie’s decision regarding his future is within the next couple of months, according to a report.

MilanNews reports that the renewal of Kessie remains complicated, but by February or March it should finally be understood if the Ivorian will change his mind and stay at the club or if he has finally made the decision to try a new experience after half a decade with the Rossoneri.

The latest reports from various media outlets suggest that a renewal is not close at the moment as there is a difference between the club and the player economically, while there continues to be speculation that clubs like PSG and Spurs are ready to make him a big contract offer.

Kessie joined Milan from Atalanta on a two-year loan with obligation to buy in the 2017 summer window and is now one of the most capped players in the squad.