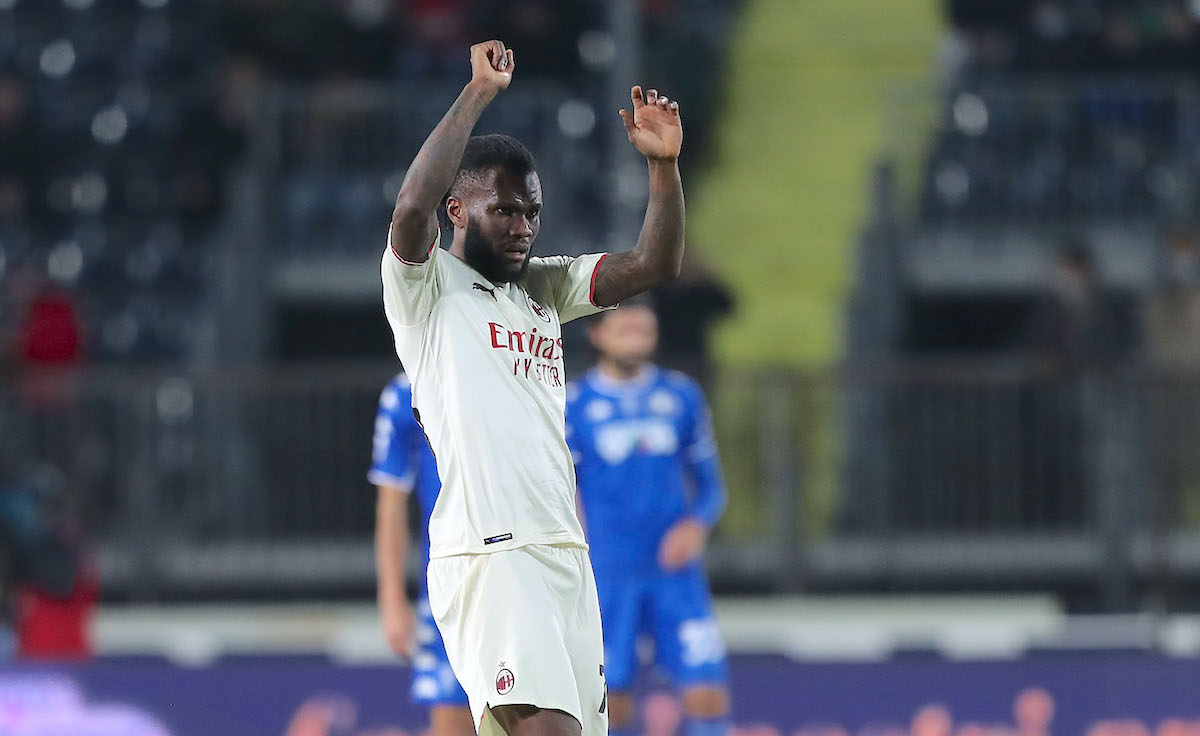 AC Milan were able to enjoy the exploits of Franck Kessie during last night’s win over Empoli, but there are still huge question marks over his future.

Kessie was the author of a brace at Empoli to help drag Milan to the winter break, keeping them four points behind Inter and taking second spot back from Napoli in the process. Calciomercato.com reports how the Ivorian’s time at Milan has been an adventure with many ups and downs, and as it stands it will come to an end in six months.

The report claims that Kessie would gladly stay with Milan on his own financial terms because his relationship with Pioli and his team-mates is optimal. For everyone, Kessie remains the President, the player to cling to in times of difficulty.

However, the parties are firm on their positions because Milan believe they have made the best offer in their financial conditions while the 25-year-old hopes to get a salary in line with his rising reputation as a top-tier midfielder.

No agreements already made with other clubs. From the Premier League Tottenham are keen, while PSG have been pressing for months, but Maldini and Massara might try a new attempt to renew him.

READ MORE: Kessie praised by the Italian press: “He reminds us of Boateng from the last Scudetto”