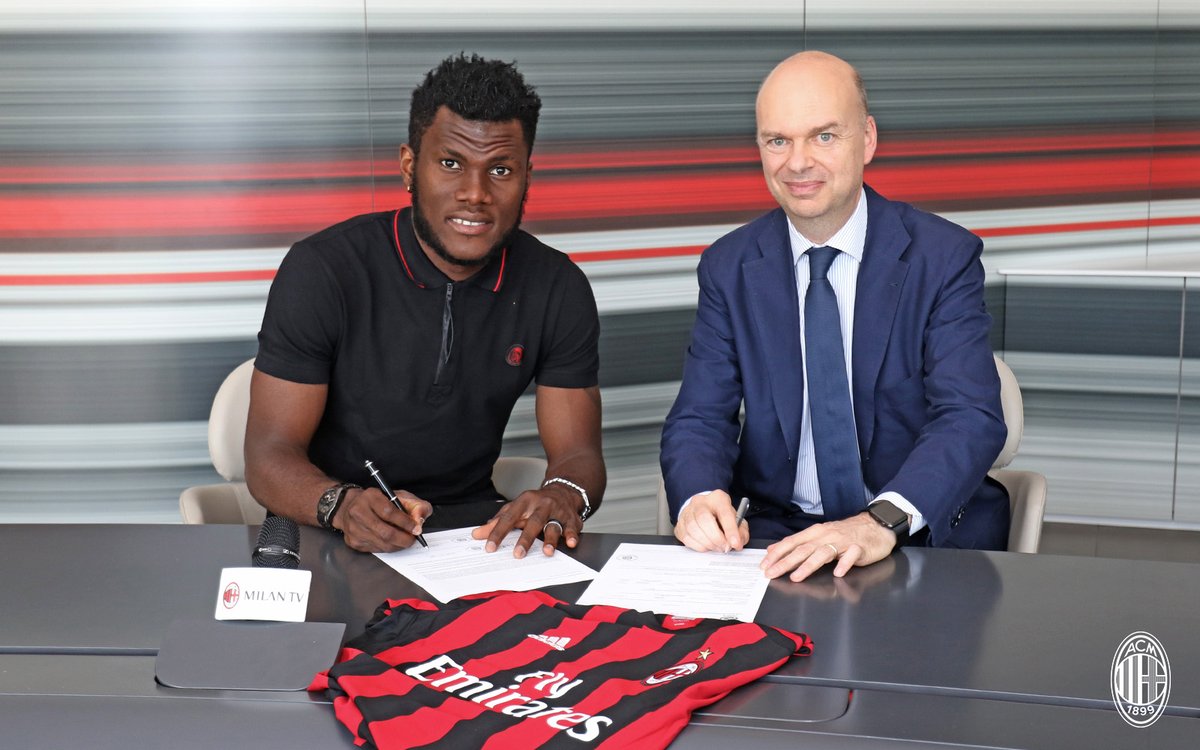 AC Milan have completed the signing of Franck Kessie, as announced by the club on their website earlier today. The midfielder signed the contract today at Casa Milan.

AC Milan have announced that the former Atalanta man has joined the side on a two-year loan, with an obligation to buy for €28m (€5m now and €23m then). Kessie visited Casa Milan today, where he signed the contract (until 2019) in the presence of Marco Fassone.

“AC Milan announces the signing of Franck Kessie from Atalanta Bergamasca Calcio, through to 2019. The contract implies the player will join the club on a two-year loan period with an obligation to buy,” The club announced on its website.

Kessie has been a vital part of Atalanta’s success this season, finishing 4th, two positions ahead of Milan. The Ivorian midfielder scored six goals and contributed to four goals this past season, which are very good numbers for a 20-year-old. Kessie will wear shirt number 19 for Milan next season.