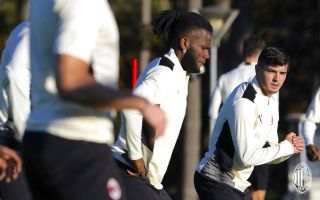 The chances of AC Milan striking an agreement with Franck Kessie over the extension of his contract are now so slim that his exit is ‘almost inevitable’, a report claims.

Kessie joined Milan from Atalanta on a two-year loan with obligation to buy back in the summer of 2017 under the Chinese ownership and in the past couple of seasons he has established himself as one of the best midfielders in the league and a key pillar of Stefano Pioli’s tactical approach.

However, his contract expires at the end of the season and there is nothing to suggest that he will sign a renewal or that positive talks are being held. This morning’s edition of La Gazzetta dello Sport (via MilanNews) writes about the Ivorian’s situation and about the strategies of Milan.

The paper states that Kessie’s farewell is now almost certain. The negotiations for the renewal have long stalled as the distance between the parties are too wide to think of being able to reach an agreement.