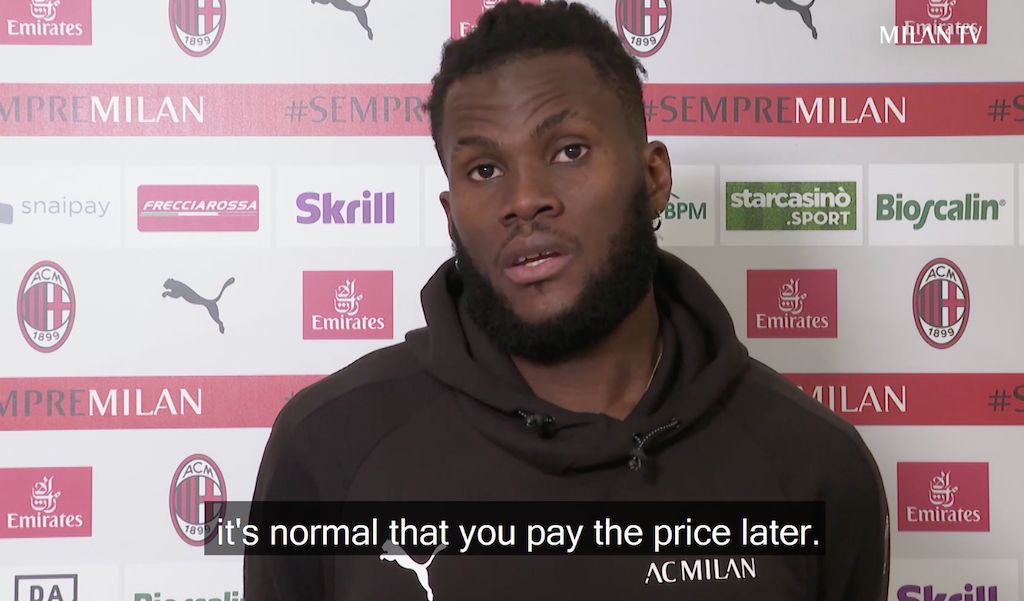 AC Milan midfielder Franck Kessie has stressed the importance of he and his team-mates bouncing back immediately after a frustrating draw against Parma.

Milan had 65% of the possession as well as 26 shots – six of which were on target – and hit the woodwork four times as Theo Hernandez’s late equaliser ended up earning a draw which was the very least the team deserved on Sunday night.

Kessie spoke to Milan TV after the game, with his words transcribed by MilanNews and translated below.

“We left the pitch today feeling not fully satisfied, but we still have to work hard, there are three games before Christmas. We have to face these three games by putting in our best performance, the same way we started the season.

On not giving up: “This is the most beautiful aspect. We didn’t give up until the final whistle, not even when we had just two minutes left to play. We believed and ultimately got a point which is important, but today we wanted to take all three points but this is Serie A.”

On Theo Hernandez: “Theo is very strong. Today he showed what he always does. Today he scored two goals, he always plays at the same high level.”