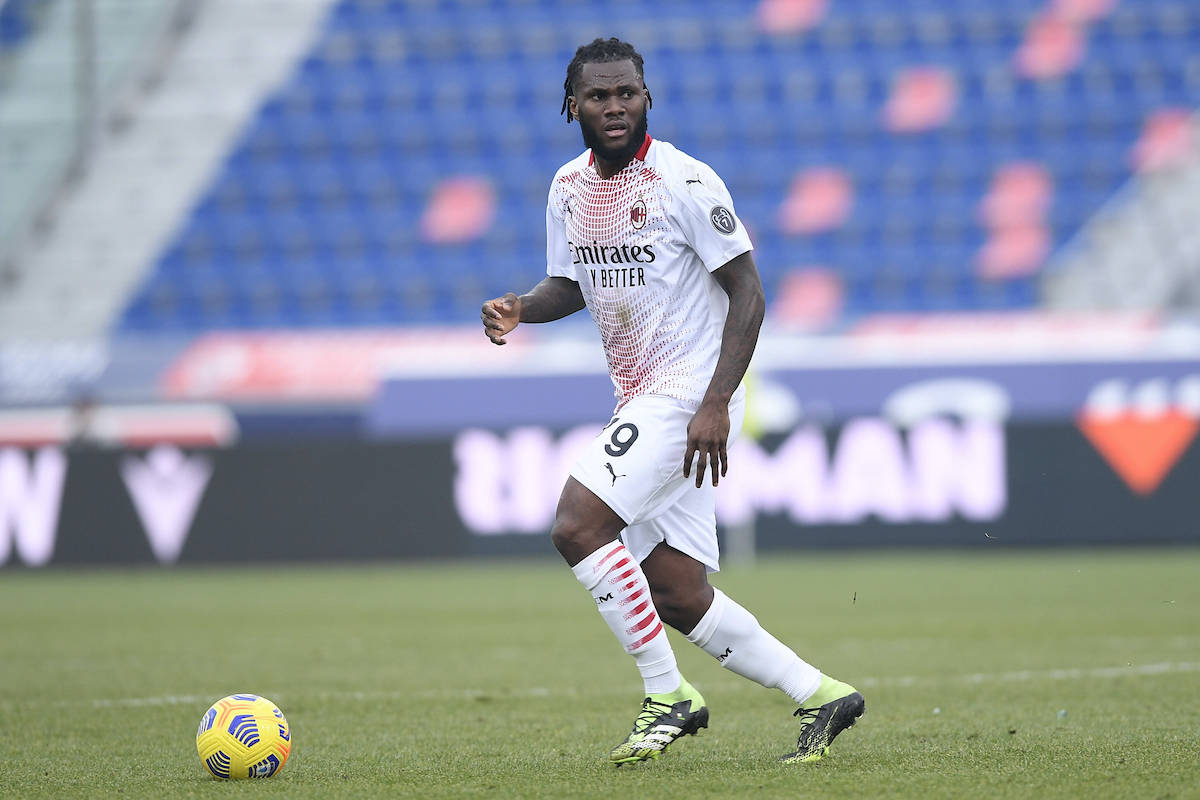 Kessie reacts to ‘important’ win against Bologna and admits: “You can’t play all games at 100%”

AC Milan midfielder Franck Kessie has stressed the importance of bouncing back after two defeats against their Lombardy rivals.

The Rossoneri secured all three points against Bologna, but it was far from straightforward. Ante Rebic was on hand to fire home a rebound to give Milan the lead after Zlatan Ibrahimovic had missed a penalty, while Kessie doubled the advantage – against from the spot – as he took on responsibility from 12 yards.

Andrea Poli made it a nervy finish as he converted with virtually his first touch inside the last 10 minutes to halve the deficit, but Milan hung on to move five points clear atop the table, albeit with Inter having a game in hand that they will play against Benevento tonight.

Kessie was interviewed by Sky Italia after the game, with his comments transcribed by MilanNews.

“Today was an important match, it was important to win. When you play away from home it’s very hard, especially in Bologna, they never give up. Today they only counted the three points,” he said.

On reacting after the defeats: “This is the season, you can’t play all games at 100%, we lost two games but we immediately raised our heads.”

On penalties: “The penalty kick is more important for the attacker, if he scores he feels better. In the second he dropped the ball and I took it. In training we only take a few, whoever wants to shoot does. It’s Ibra, it’s up to him, if he doesn’t feel like it, he leaves it. When I kick, I look at the goalkeeper until the end.”