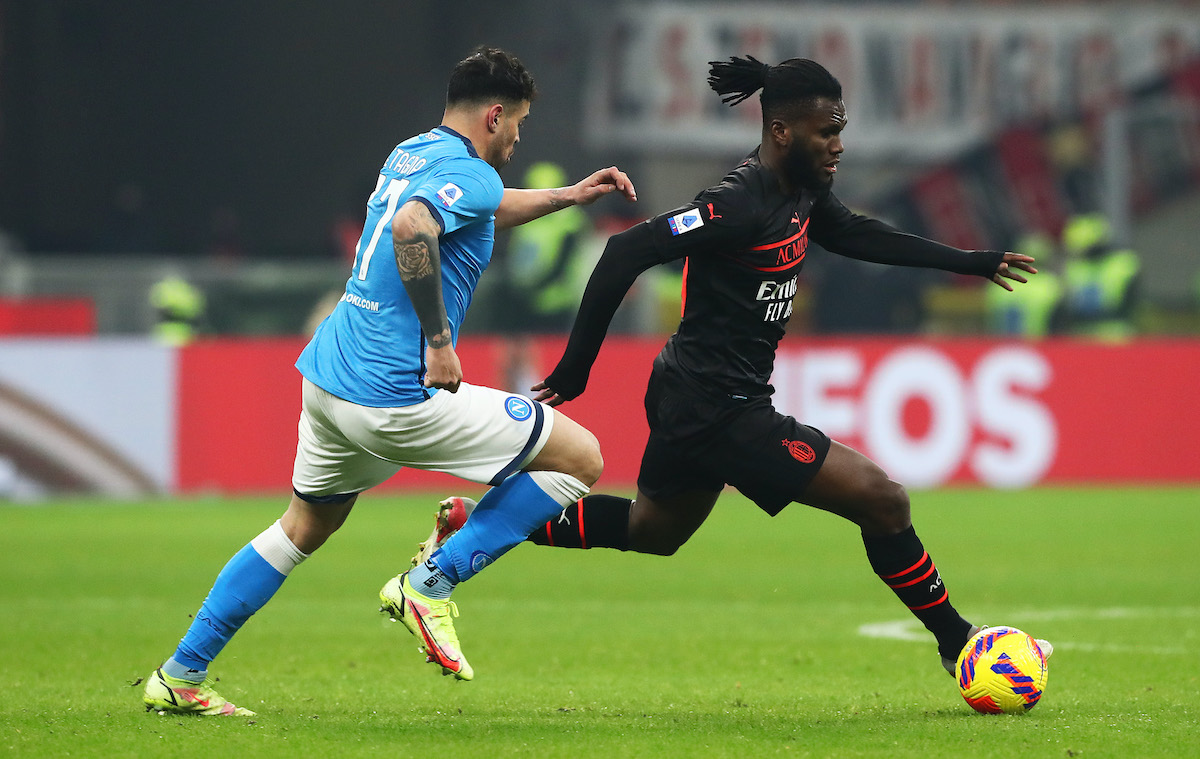 GdS: Kessie clouded by renewal saga – his words are coming back to haunt him

The contract situation surrounding midfielder Franck Kessie seems to be making his performances for AC Milan suffer, according to a report.

This morning’s edition of La Gazzetta dello Sport (via MilanNews) remarks how Kessie said five months ago at the end of July when he was in Tokyo with the Ivory Coast: “I’ll be back from the Olympics and I’ll fix everything. I’d like to stay AC Milan forever.”

However, he hasn’t renewed yet and the interview has come back to haunt him because at the moment he looks like going against his work. The chances of him extending are minimal as per the newspaper and between January and February the midfielder’s agents will be free to negotiate with the clubs interested in signing him on a pre-contract.

Milan might not be as gutted to lose him as they would have been a few months ago. Kessie was undoubtedly fantastic last season and helped the team secure a return to the Champions League but for months the uncertainty over his future seems to have influenced his performances.

He has certainly had a decline and even if he has a desire to play elsewhere, he must still honour the contract he has with Milan. After all, any interested clubs looking on cannot be impressed with what they are seeing.

READ MORE: Milan convinced of Pobega’s potential and value him at €40m