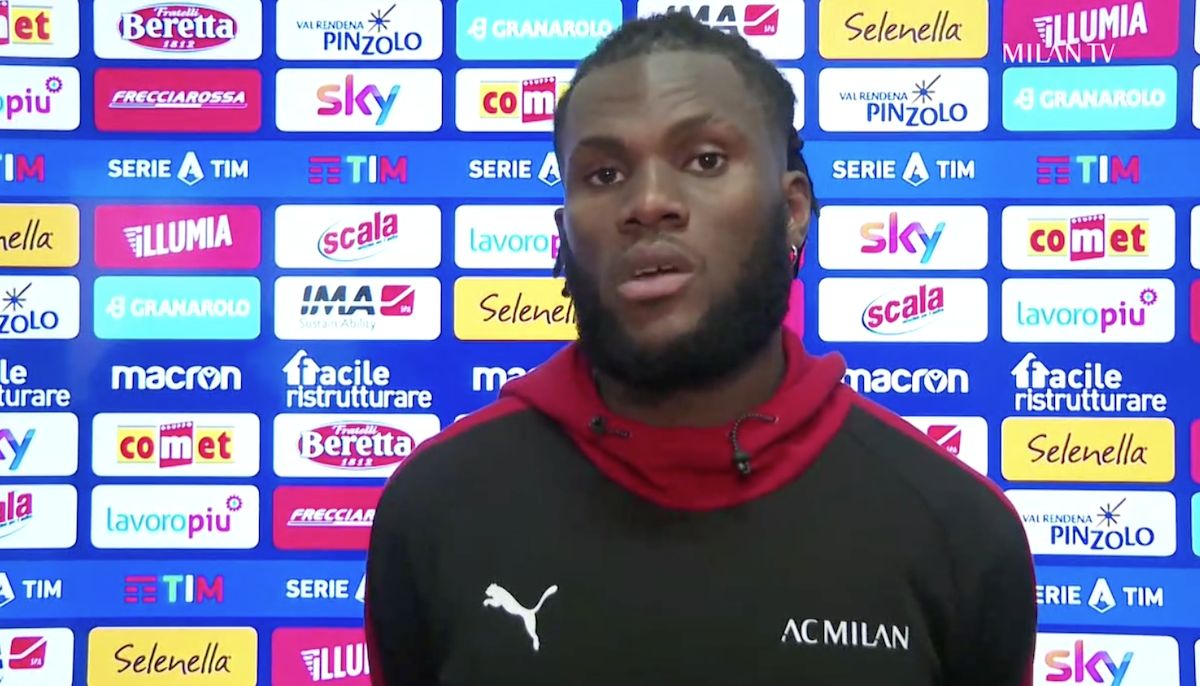 AC Milan midfielder Franck Kessie has insisted that the three points were all that mattered from today’s win over Bologna.

Kessie got his name on the scoresheet as he netted a second half penalty to make it 2-0 at the Stadio Renato dall’Ara, and the Rossoneri ran out 2-1 victors to move temporarily five points clear at the top of the league.

The Ivorian spoke to Milan TV after the game, with his comments conveyed by MilanNews.

On the match against Bologna: “Today the victory was fundamental. We have to manage the game better but in the end the three points were important. We fought until the end.”

On Bennacer’s return: “I’m glad he’s back. He’s been out for a long time and now he’s back. He can help the team because there were few of us and so it’s easier to continue the season.”

On the trick to score penalties: “I always look at the goalkeeper until the end. It depends on his support foot and from that I understand where to direct it. If the goalkeeper doesn’t move hard. I train a lot.

“Every year I score at least 5 goals but this year I want to reach double figures. First the team is important but if this goal arrives I’m happy.”