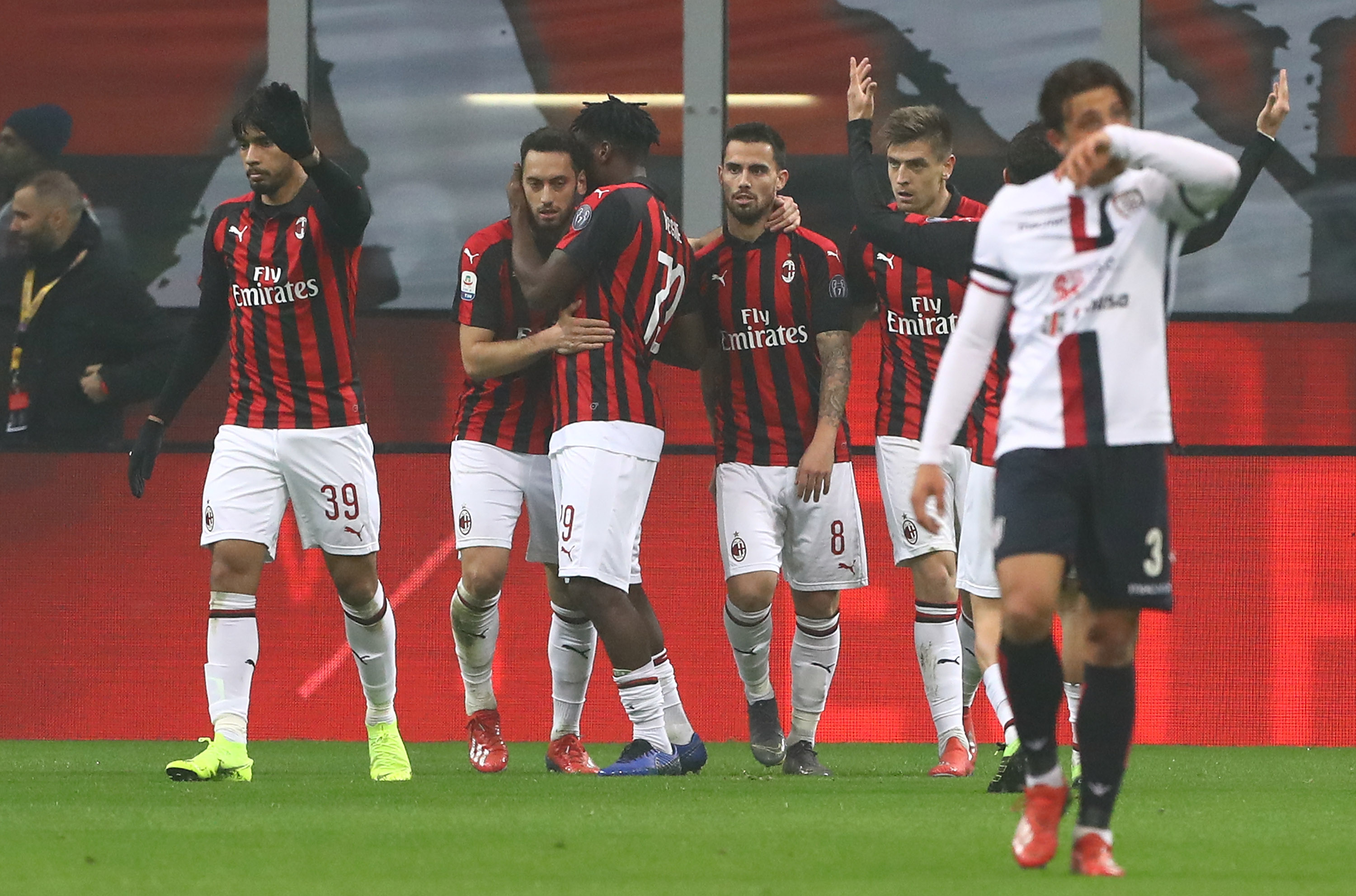 Kessie reveals why he hugged Calhanoglu after Piatek goal

On Sunday Milan faced Cagliari which resulted in a 3-0 victory for the rossoneri. Piatek scores the third goal but Kessie chose to support Calhanoglu instead.

In the 62 minute Piatek scores the third and final goal of the game, but Hakan Calhanoglu took the original shot. It was fired at the keeper and deflected to the feet of Piatek who was able to slot the ball home.

Calhanoglu has had a rough spell of form lately and is yet to find his first league goal of the season. After Piatek scored, Kessie decided to hug Calhanoglu instead.

“It’s normal that everyone hugged Piatek after he scored, but I saw Calhanoglu with his head down after Cragno saved his shot and I went to hug him. He needs our support.”

Kessie also spoke on why he kept the number 79 instead of switching to his originally preferred number 19, now occupied by Piatek. “The management asked me if I wanted to change back, but I said no because I like the number, but most importantly because I don’t want fans who have my current jersey to spend more money.”