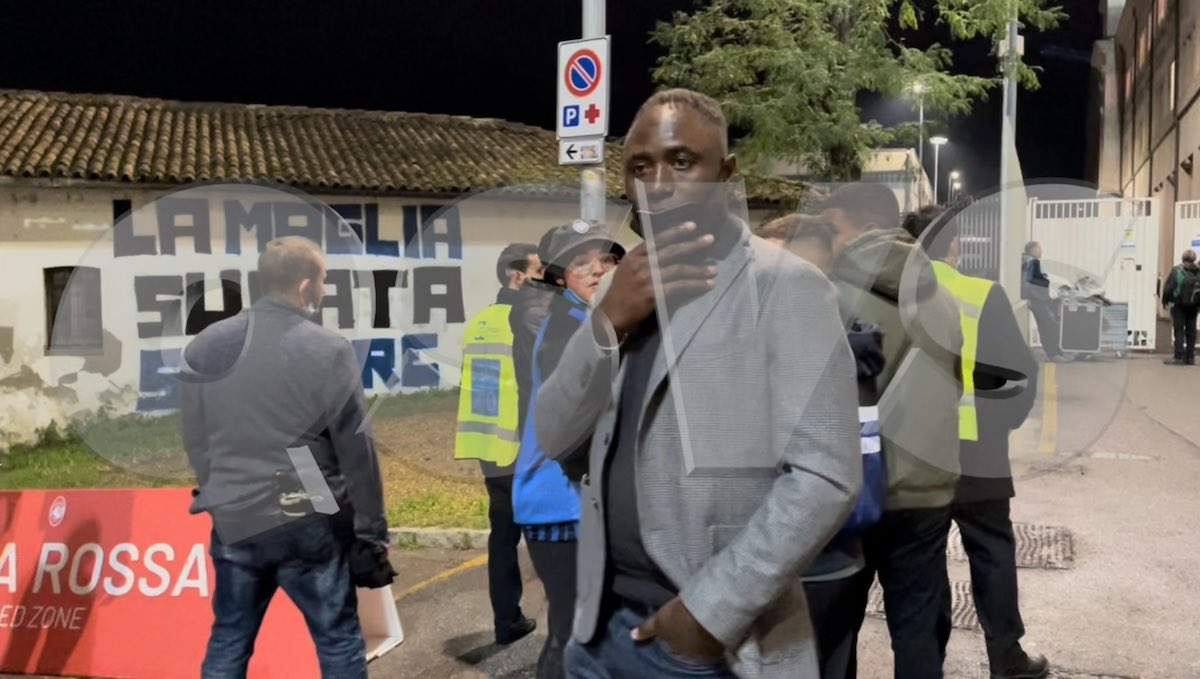 Franck Kessie’s agent was at last night’s game between AC Milan and Atalanta and did respond to a question about his renewal, but gave little away.

The Ivorian put Tuesday night’s red card behind him and produced a quality display at the Gewiss Stadium in Bergamo against his former club, showing signs of being the dominant presence he was for virtually all of last season.

Stefano Pioli decided to show the utmost faith in the 24-year-old by fielding him from the first minute, and while his faith was justified the headlines continue to be dominated by Kessie’s renewal situation as his contract is expiring with Milan on 30 June.

It seems Kessie’s future remains in doubt as there is a gap between Milan’s offer and his demands, with a number of different teams linked. His agent George Atangana was at the game against Atalanta and was asked about his client’s future.

“Ask the management, I’m here for the match,” he told TeleLombardia (via MilanLive).