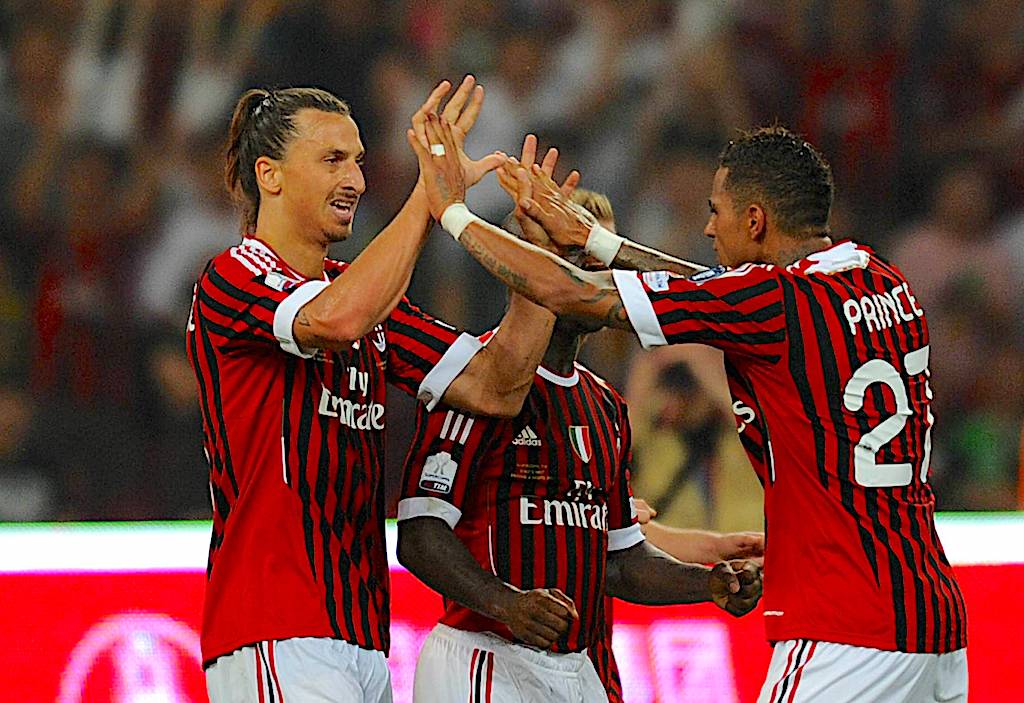 Kevin-Prince Boateng has backed his former side AC Milan and his old team-mate Zlatan Ibrahimovic to go on and challenge for the title this season.

There Rossoneri are currently sitting at the top of the Serie A table with 23 points amassed from their opening nine games, which includes seven wins, two draws and zero defeats, with triumphs having already arrived over

Boateng was part of the group that won Milan’s last Scudetto in the 2010-11 season, but he stopped short of comparing the two sides during an interview with La Repubblica.

“You can’t compare them. Ours was a Milan of phenomena: Ibra, Robinho, Seedorf, Pirlo, Gattuso, Nesta, Thiago, me. Even when you weren’t playing the best game, you looked around and said: now one of us makes us win. We were a dangerous group, they were afraid of us,” he said (via MilanLive).

Despite this, the former Ghana international sees today’s group as a very strong one that are pushing each other with a positive attitude.

“Today I see a team: everyone works for one another, with positive attitudes. Here, the opponents are scared of the team.”

The 33-year-old thinks that Milan have a decent shot of going on to win the league while ever Zlatan is as fired up as he seems now.

“If you see Ibra who rejoices from the stands after a goal it means that he is there with all his spirit. And if so, you can really win the Scudetto. Milan plays the best football in Italy with little-known players: I didn’t really know who Saelemaekers was, but he played a perfect match with Fiorentina.

Boateng – who currently plays in Serie B with Monza – believes that fans returning to the stadium could be bad news for his old club.

“It would change everything, if the fans returned to the stadiums. Playing at San Siro is heavy, you have to have broad shoulders: without an audience, a player who doesn’t have much courage or personality feels freer. He doesn’t try the back heels, the tricks, with 60 thousand people around.”