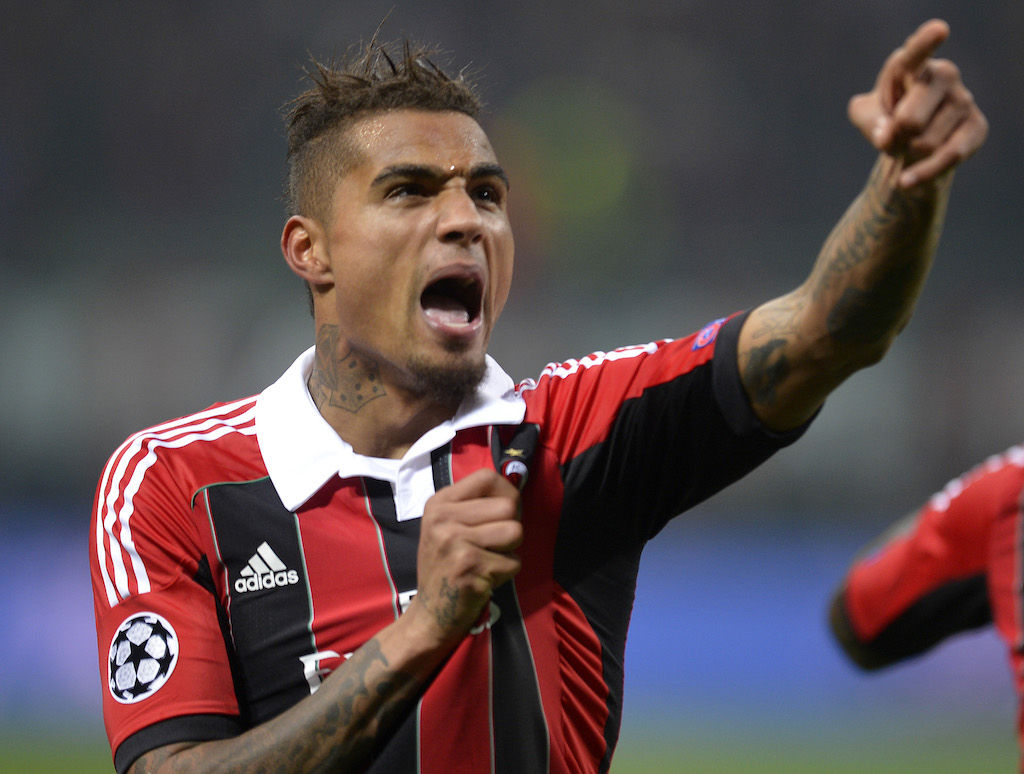 Former AC Milan star Kevin-Prince Boateng has picked out his goal against Barcelona in the Champions League as the most beautiful of his career.

The ex-Ghana international made over 80 appearances for Milan across two different spells at the club, and was a part of the side that won the Scudetto back in 2010-11 and enjoyed many memorable European nights.

The 33-year-old is owned by Fiorentina but is currently playing at Turkish side Besiktas on loan as he heads towards the end of an illustrious career that has seen him play for the likes of Tottenham, Dortmund, Schalke and Barcelona.

Boateng spoke to Sky Italia about the best moments of his career beginning with his favourite ever goal, and his words were transcribed by Calciomercato.com.

“Easy, the one against Barcelona when I was at Milan: playing in the Champions League and scoring a goal like this…it is certainly the best one. So far.”

Boateng also revealed that the Rossoneri are the club he still feels the most affection towards.

“Milan created a beautiful environment in the three years I was there and when I am in Milan I still feel affection.

“Craziest game? Lecce 3-4 Milan. The week before they had told me that I was not professional and they had put me on the bench, Braida was probably right, but I was very angry.

“Lecce were 3-0 up at the end of the first half and then I warm up with Aquilani and he tells me that a miracle was needed. To which I reply jokingly that I would have thought about it.

“Then we won 4-3 and I scored a hat trick, he told me that I’m crazy. Braida I didn’t say anything, the answer came on the field: it’s always more beautiful when you answer like this.

“Messi or ibrahimovic? This is tough, after they attack me from all sides (laughs). They are both phenomenal and each has its own style: Messi for 10 years has shown that he is the best in the world, I’m glad I played with both of them.”