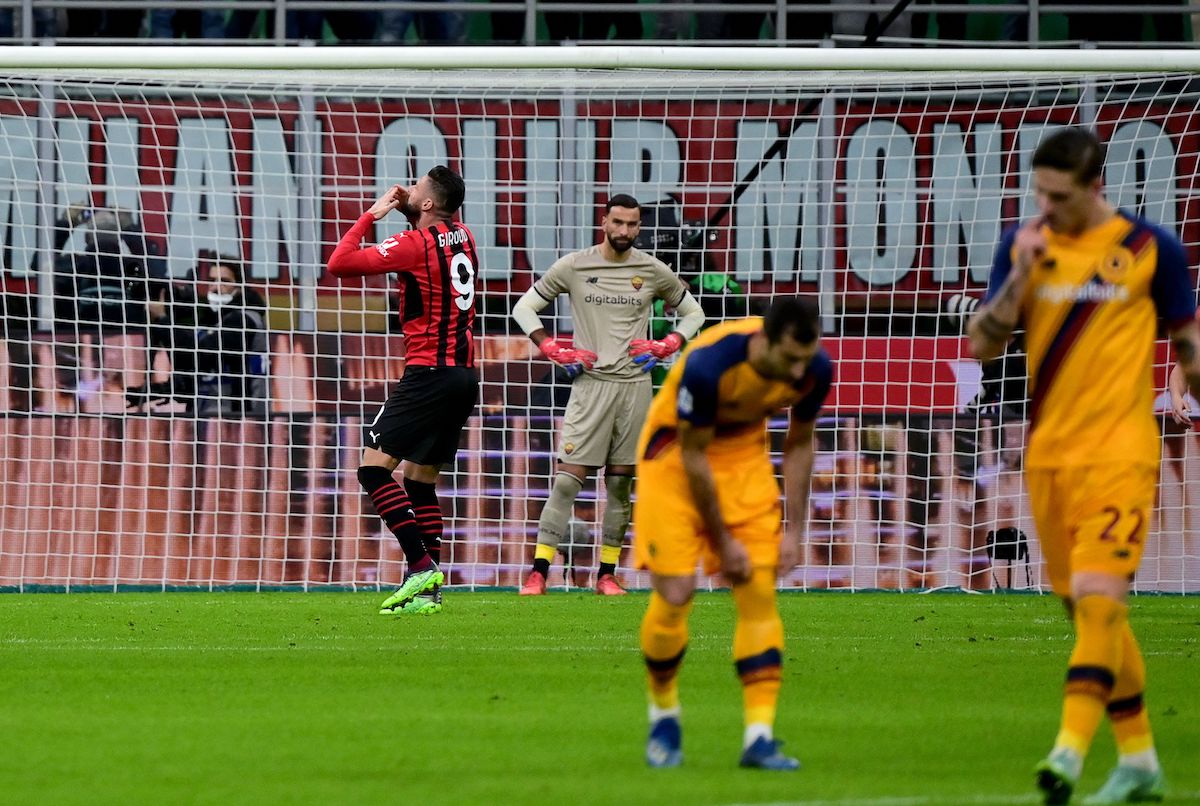 Giroud’s home comforts and a 26-year first: All the key stats from Milan’s win over Roma

AC Milan began 2022 in the best possible way as they racked up three goals and three points to record a league double over Jose Mourinho’s Roma.

Romagnoli, Calabria and Tomori were ruled out of the game due to Covid-19 but it didn’t matter as Olivier Giroud’s penalty set the tone, with Junior Messias adding a second before Tammy Abraham halved the deficit and Rafael Leao made sure of the three points off the bench inside the final 20 minutes. Below are the best stats, via the official website…

The best possible start to 2022: a big win against strong opposition. AC Milan v Roma ended 3-1; here are the most interesting stats from the game:

➤ Milan have won three consecutive league games against Roma for the first time since 1996.

➤ Milan have scored at least two goals in their last five games against Roma in Serie A: among the teams currently in the league, only against Bologna (six) do they have a longer open streak.

➤ All five goals scored by Olivier Giroud in the league this season have been in home games: among the players in Europe’s ‘top five’ leagues with at least five goals at home, only Aramu and Bruno Fernandes have scored only in home games.

➤ Two of the three oldest players with at least five goals in the league this season play for Milan: Ibrahimović and Giroud (Dzeko is the other).

➤ Junior Messias has scored three goals in the current Serie A campaign, while in his first nine appearances for Crotone in Serie A he had scored one.