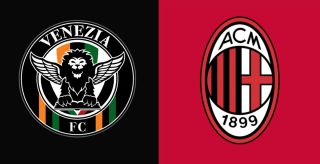 Pioli milestone and a four-year run: All the key stats ahead of Venezia vs. Milan

Following the 3-1 win against Roma, AC Milan will take on Venezia today in the early kick-off slot. It’s another opportunity for Stefano Pioli’s men to put pressure on Inter at the top.

Just like against Roma, the Rossoneri will be without eleven players and although it worked out well then, it’s clear that maximum focus will be required. Apart from the defence, though, the XI is very strong indeed.

You can take a look at the latest XI news here, while the best stats ahead of the game can be found below…

➤ After a 2-0 win in their first meeting this season, Milan could keep two clean sheets in a row in Serie A against Venezia for the second time in their history, after the run of three recorded at the beginning 1940s (including an awarded win).

➤ 75% of Venezia’s Serie A wins against Milan have been in home games (3/4) – the two teams will meet at the Stadio Penzo in the competition for the first time since February 2002 (4-1 win for Milan).

➤ Milan have lost only one of their last 22 Serie A games against newly-promoted teams (0-2 vs Spezia in February 2021), with the Rossoneri recording 16 wins (D5) and 13 clean sheets in this run.

➤ Milan have won their first away match of the calendar year in Serie A in each of the last four years: their last defeat came back in 2014, when they lost 4-3 to newly-promoted Sassuolo.

➤ The next match will be Stefano Pioli’s 400th game in charge in Serie A, making him the eighth manager in the three points for a win era to reach this milestone in the competition.

➤ Mattia Aramu has been involved in seven goals at Stadio Penzo in this Serie A season, scoring five goals and registering two assists, at least four more than any other Venezia player so far.

➤ In their last home game, against Lazio, Francesco Forte scored his first goal in Serie A – the striker has not found the net in two consecutive league appearances at Penzo since February 2021, against Cittadella and Cremonese in Serie B.

➤ Olivier Giroud has scored five goals in Serie A this season – already one more than he did last term with Chelsea – however, each of his last five goals have come at home, with his last away league goal coming in December 2020 at Wolves.

➤ Venezia could become the 80th different team against which Zlatan Ibrahimovic has found the net in the Big-5 European leagues: since the beginning of 2000 to today, the Swede would become only the second player to reach this milestone, after Cristiano Ronaldo (who reached this tally on December 30 thanks to a goal against Burnley).