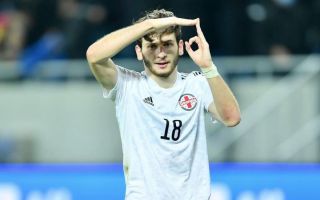 Khvicha Kvaratskhelia was the star of the show for Georgia during their win against Sweden last night as Zlatan Ibrahimovic saw his side lose 2-0 in a crucial World Cup qualifier.

La Gazzetta dello Sport writes how Kvaratskhelia has been looking to make the leap from Rubin Kazan to a top European club since the summer window and Milan have been and still are strongly interested. The brace that he scored right in front of Ibrahimovic – earning him the MOTM award – certainly cannot have harmed his chances.

The paper notes how Kvaratskhelia is left-footed but can basically play with both feet, meaning he is able to play on either wing. He has only scored once in the league with Rubin this season but he continues to be talks about as a real gem for the future.

Milan are monitoring him carefully after a season with 4 goals and 4 assists last season, as the 20-year-old has been named best young player in the Russian league for two consecutive seasons. He has a contract expiring in 2024 and a valuation of around €20m.

Milan have identified him as an ideal reinforcement for Pioli’s flanks, given that he plays with ease both on the left and on the right, but many other top European clubs are also monitoring him and will try to sign him.