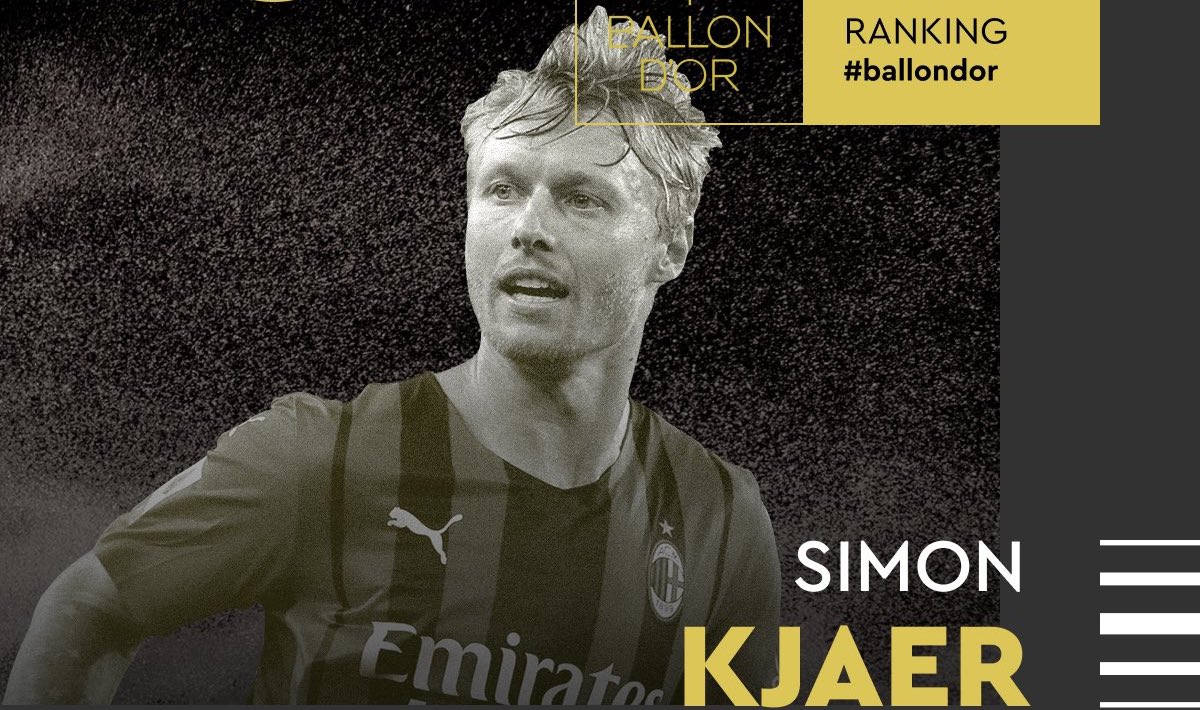 AC Milan defender Simon Kjaer made it into the top 20 of the Ballon d’Or award votes for 2021, eventually coming in 18th place.

France Football named Kjaer among the 30-man shortlist for the award last month, clearly believing that the centre-back stands out among others for his exceptional performances with Milan and Denmark.

However, there is of course his quick thinking during Christian Eriksen’s cardiac arrest at the European Championships during which he helped form a shield around the playmaker, also comforting his wife and the rest of his incredibly worried team-mates, which probably had an impact on his nomination.

The ceremony took place this afternoon and it has now been confirmed that Kjaer did get inside the top 20, receiving a finish of 18th place which is certainly a fair bit closer than a lot of other Milan players have managed to get to the award in recent years.

Ranked at the 18th place for the 2021 #ballondor ⤵️@simonkjaer1989@acmilan pic.twitter.com/TRrQH0LEko