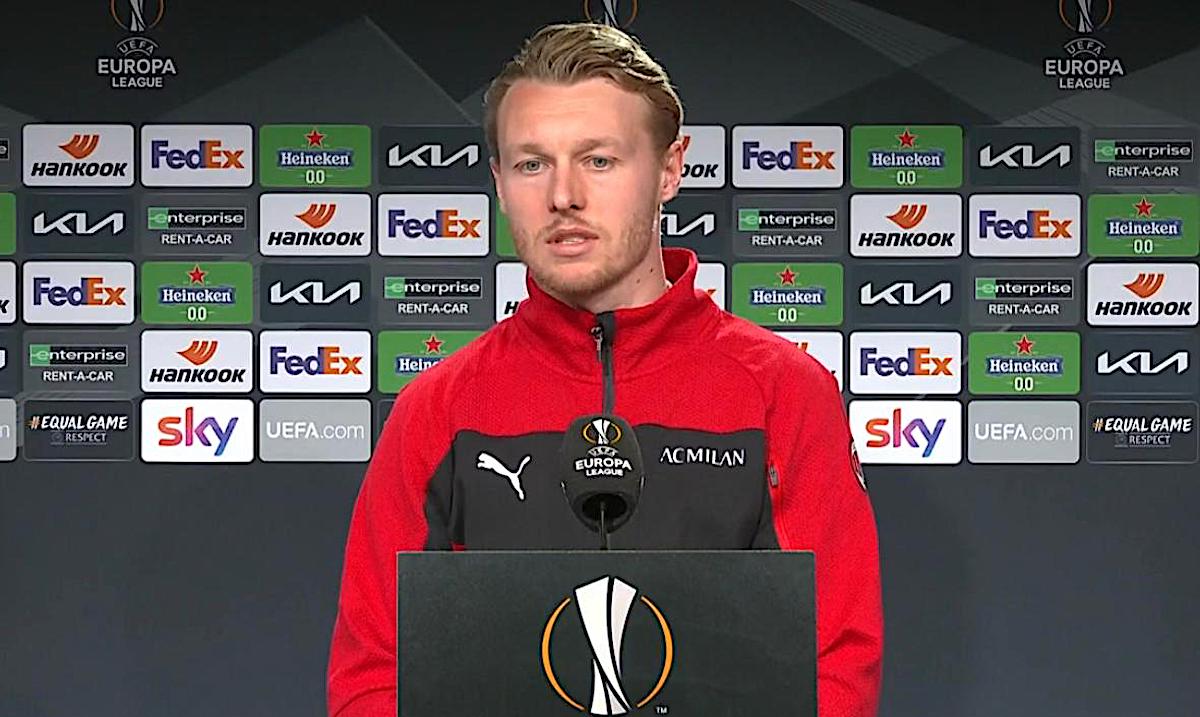 AC Milan defender Simon Kjaer believes an even better performance is needed to get into the quarter-finals of the Europa League, which would be a ‘great signal for the group’.

Kjaer was a real leader at the back for Milan in their 1-1 draw with United last week at Old Trafford, and he even scored a 92nd-minute equaliser for good measure which gives the Rossoneri a valuable away goal heading into tomorrow’s game.

The Dane got a 7.5 out of 10 in our player ratings, with the following review: “The big Dane has hit the frame several times this season but managed to get one in the goal this evening, scoring the crucial injury-time equaliser. In addition, he was very solid in defence as you would expect.”

Kjaer spoke to the media who were gathered at Milanello on the eve of the game against United, with his comments transcribed by MilanNews.

Milan restarts from the first leg which was important. Do you just have repeat the performance or do you have to do even better?

In recent months there have been many positive steps and some missteps. What would going through mean for the group?

“We have done so much and we have grown so much that we no longer have to talk about our group as a young man. The road to get here has been long, there have been positive steps and some more difficult ones. We have always had the same right mentality. Getting to the next round would be a great signal for the group. Tomorrow is a final but if you pass the round nothing has been done anyway. It would certainly be an important signal.”

How important is Ibrahimovic’s return on and off the pitch?

“Ibrahimovic always gives something to the group both when he’s on and off the pitch. I’m clearly not the coach and I can’t say what his chances of playing tomorrow will be. Certainly his presence is very important for us.”

How much did Manchester United surprise you last week and how much does the defensive work change with the return of Cavani?

“We knew we would face a team of great quality but we knew that if we played with our qualities we could put them in difficulty. Cavani I know well having played for Palermo. His career speaks for him. We will have to repeat the attention of the match. It is important for Manchester to have him, there is respect for United but we will play our game.”

With Tomori you are forming a great pairing. Did you expect it?

“I didn’t know Tomori much but the mentality with which he entered showed a hunger to prove who he was. He is a fast and aggressive defender who is rarely seen in Italy. which is important for the central defenders. He is a young player with many qualities.”

How do you feel about responding to Eriksen’s words?