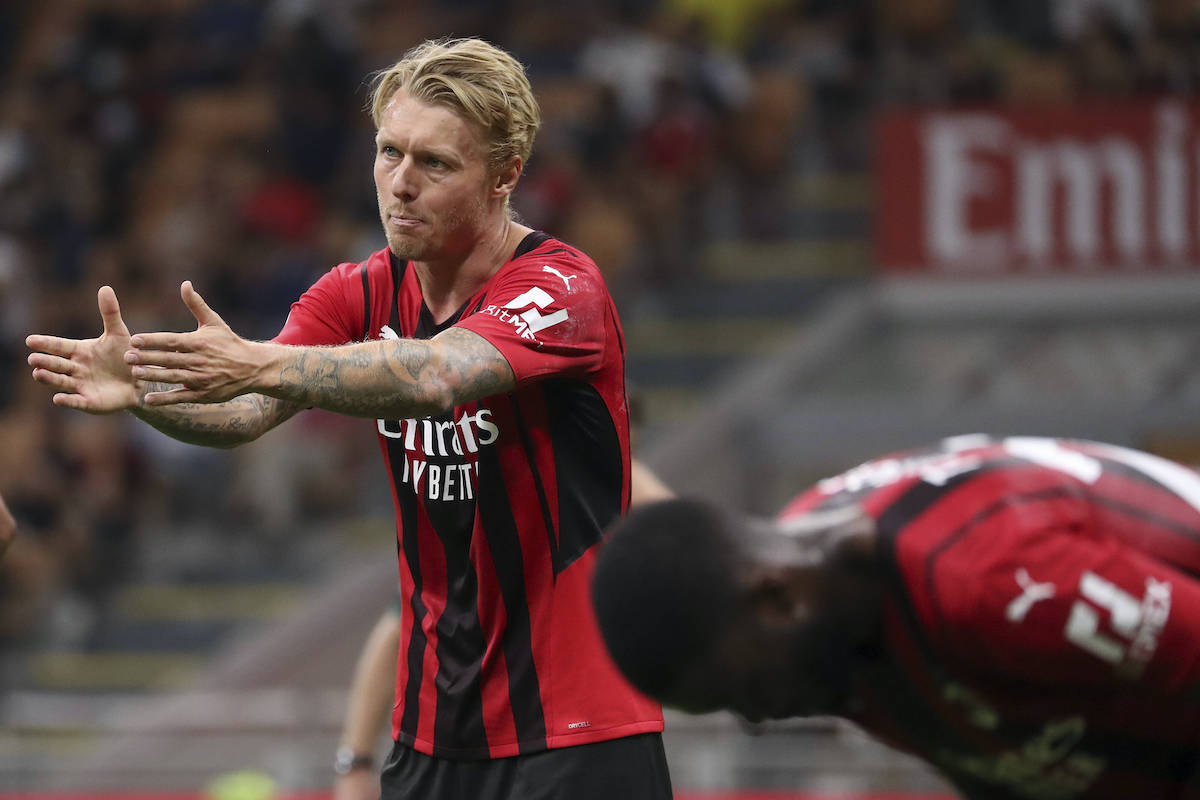 Simon Kjaer will be back in action for AC Milan tonight after missing three consecutive games due to an injury. The Dane will partner up with Fikayo Tomori and they will be responsible for stopping Atalanta’s attackers.

Kjaer is obviously an important player for the Rossoneri but in his absence, it must be said that Alessio Romagnoli has done quite well. The pecking order remains what it has been since Tomori arrived in January though, with the veteran ahead.

In an interview with MilanTV ahead of the clash, as cited by MilanNews, Kjaer spoke about the preparations and what his condition is. He also commented on what has been labelled as a Champions League clash tonight by the media.

How do you arrive at this game?

“The last time we met was a very decisive match for the club and the fans. We reached a positive goal after a long season. Tonight will be another match, against an opponent who always creates problems and who has been in the Champions League for four years. We are doing well, we are growing every game and we have excellent quality in the group.”

“I’m fine, otherwise I wouldn’t have been here. Unfortunately with all the games last year and the Euros… You have to use your head, there will be a lot of games. But now I’m fine.”

On the Champions League challenge…

“Against Atletico, we had an excellent team performance in the first 30 minutes, then there are small episodes that happen in football. We are on the right path, it is a job that has been going on for a year and a half. We now have a base that gives peace of mind and gives us the ability to try new things and improve.”

Milan are currently on 16 points and since Napoli won against Fiorentina, they can’t overtake the Partenopei this round either. First of all, though, they have to do their job and claim all three points at the Gewiss Stadium tonight.

READ MORE: Atalanta vs. AC Milan starting XIs – Kessie and Kjaer both get the nod