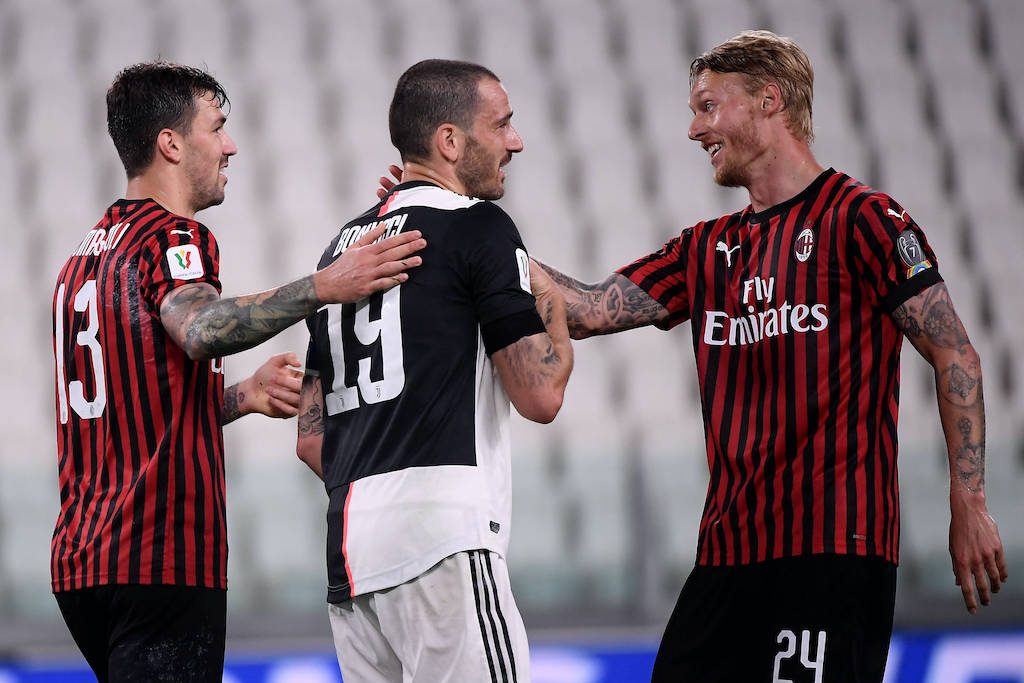 Kjaer discusses first weeks at Milan, Romagnoli partnership and Pioli: “I had a good start”

Simon Kjaer has been one of the standout players for AC Milan as of late, working hard alongside Alessio Romagnoli in the four-man backline. In fact, most Rossoneri fans want him to stay beyond this season.

The Danish centre-back has recovered from the injury he suffered against Lecce, forcing him to leave towards the end of the first half. According to Gazzetta Dello Sport, via SempreMilan, he will play from the first minute against Roma tomorrow.

In an interview with MilanTV (via MilanNews.it), which was released last night, the 31-year-old discussed his arrival at the club and the successful partnership with Romagnoli. He also praised manager Stefano Pioli, who immediately played him from start.

“I had a good start, both on the pitch, with my teammates and the manager. I have always done well on the pitch but I haven’t done anything yet, I always aim to give my best for the team to achieve our present and future goals.

“Romagnoli? I can’t speak for Ale, but for me, the captain is a quality player and it shows. He’s a good person you can talk to, in fact, we often talk about tactical aspects and things to do on the pitch.

“For a central defender to trust his partner, you need to know how he moves and what he does based on the situation and over time, this will be automatic. With time, the understanding will always be better.

“The first few months with Romagnoli have been very good, but there is still a lot to improve on, we can give even more to the team. But I think we started well.

“Pioli? I have always had a very good relationship with the manager, he immediately put me in and gave me the maximum of what a manager can give me. I only have positive words for him,” he concluded.

It remains to be seen if the Rossoneri will trigger the buy-out clause in Kjaer’s contract, which is valued at €3.5m, per MilanNews.it. Given his performances as of late, it would tough to find a replacement for the same amount.