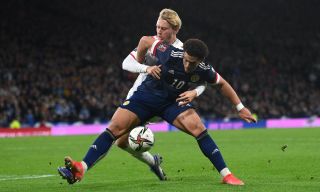 MN: Pioli relies on the experience of Kjaer again – when Tomori should return

AC Milan have suffered another set-back as Fikayo Tomori will be out of tonight’s game against Fiorentina due to a hip problem, meaning Simon Kjaer will be called upon again.

MilanNews reports that Tomori’s problem leaves no other choice for Stefano Pioli, who will now have to start Kjaer alongside Alessio Romagnoli as the centre-back pairing to face La Viola tonight at the Stadio Artemio Franchi.

Obviously there was another solution which was to use the young Matteo Gabbia, but it is unlikely that Pioli – after losing an important player like Tomori – will choose not to call upon the experience of Kjaer, who should be in at least decent condition after playing for Denmark over the international break.

According to MilanNews journalist Pietro Mazzara, Pioli will indeed field Romagnoli-Kjaer tonight but hopes that he will have Tomori back for Wednesday’s game against Atletico Madrid in the Champions League.